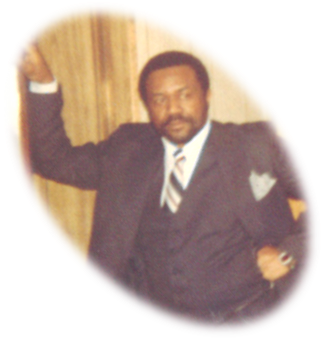 Richard Gardoner Banks fondly known as Dickie, was born July 25, 1940 in Cambridge, Maryland to the late Gladys Eulyla Banks Williams and Joseph Sudler. Dickie was educated in the Dorchester County Public System and graduated from Mace’s Lane High School, Class of 1958. While attending Mace’s Lane High School, Dickie was a member of the mighty Tigers Basketball team, Student Council and the Library Club. After graduating from high school, Dickie went to live with his uncle and aunt, Martimus and Dorothy Banks in Baltimore. While living in Baltimore he was employed as a nursing assistant. Years later Dickie returned to Cambridge and was employed with Continental Cans Company. While working there he answered the call of the United States Army, where he received numerous awards, citations,  commendations and medals for his exemplary performance. Awards such as The Purple Heart Award, National Defense Service Medal, Good Conduct Award, three Tours Overseas Air Medals, Aircraft Crewman Badge, Expert M-16 Award, Vietnam Service Medals, Expert Infantry Badge, Vietnam Cross of Gallantry, Armed Forces Expeditionary Medal for service in Korea. He received an Honorable Discharge from the Army after many years of service to his country. Once returning to Cambridge, Dickie was employed by the former Eastern Shore State Hospital from which he retired, former Cambridge Wire Cloth from which he retired and Dorchester Community Development Cooperation until its closure. Dickie loved nice cars. He would shine them up and ride. He was especially fond of Oldsmobile's and Cadillacs. His 1998 gold  Oldsmobile and the green Coupe Deville Cadillac were two of his favorites. Dickie was a   member of The American Legion Post 87 of  Cambridge, he cherished being a veteran.

In 1997, Dickie married the former Teresa Major Chester. They made their home on high street extended raising his step-granddaughters Kashia Copeland and Dyneka Major. He spent the majority of his adult life in Cambridge at the High Street home. Dickie loved family gatherings. He loved to laugh and spend time with his family and friends.

As a young child, Dickie attended Bethel A.M.E. Church located on Pine Street. Later he and his wife, Teresa attended the National Church of God located on Washington Street under the leadership of Rev. Jeremiah Cox.

To order memorial trees or send flowers to the family in memory of Richard Banks, please visit our flower store.