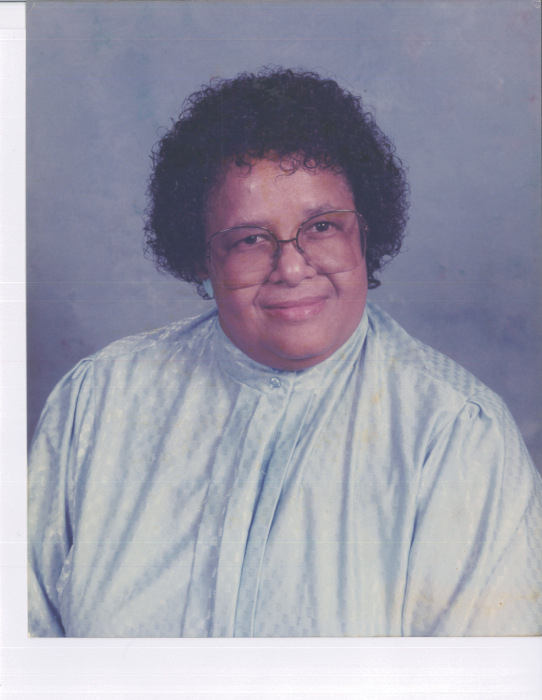 It was a glorious morning in Bucktown, Maryland on August 13, 1933 for James Albert Jackson and Grace Stanley Jackson.  They became the proud parents of a loveable baby girl named Rhoda Evelyn Jackson, fondly known as “Evelyn” to many of close friends and family.  To all the children she cared for, she was Grandmom.

Early in the morning, at Coastal Hospice in Salisbury, Maryland on September 19, 2018,  Rhoda answered God’s call and entered into eternal rest.

She met the love of her life, Cleion S. Jones at school.  They were joined in holy matrimony June 29, 1953.  From this union, her family grew, Alvin C. Jones and wife Sylvia, Francine Jones Lumpkin and husband Floyd and Jerome Stanley and wife Victoria; her loveable grandchildren, Adrian, whom she spoiled, and wife Tanya, Danielle, Brandon Jones and Ericca Stanley, the apple of her eye “Butterballs, Alexis Newton and Jackson “Babycakes” Stanley.

She also devoted her time to the Harriet Tubman committee and offering her service where needed.  Rhoda loved visiting the sick in the nursing homes, hospitals or their residence.  She would continue to visit although she had difficulty walking.  She will be forever remembered by her loving personality and her infectious laugh.

Her spiritual life started as a child at Hughes Mission Church.  She later joined Bazzel United Methodist Church until its closing.  Rhoda moved her membership to Christ United Methodist Church in Aireys and remained a faithful devoted member until her health failed.  She served as Vice-president of the Usher Board, Communion Steward, Finance Committee and Airey’s Adult Choir. Rhoda loved to cook.  She toiled earnestly in the kitchen, baking rolls, pies and preparing other foods or providing services wherever she was needed.  Her husband Cleion jokingly said she burned up three stoves cooking for Aireys Church.

To order memorial trees or send flowers to the family in memory of Rhoda Jones, please visit our flower store.