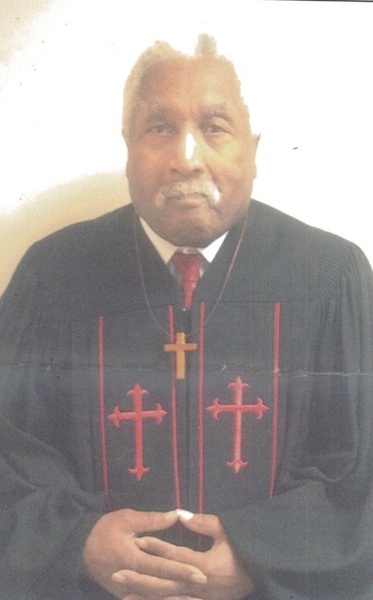 On Sunday August 6, 2017, Rev. Robert (Bobby) Bailey was called home to glory. Robert was the son of the late Reverend Blanche Elizabeth Jackson Bailey and the late Russell Layman Bailey.

Robert was born in Cambridge, Maryland on November 27, 1936.  He attended Maces Lane High School graduating in 1954.  Robert began his career as a barber after attending Apex Barber College in 1955.  He proudly served his country during the Korean War for three and a half years.  This experiences in life lead Robert to the ministry of spreading the Good News of Jesus Christ.  He studied Theology at the African Methodist Episcopal Conference Seminary from 1961 to 1965. After seminary, Robert began a ministry know as “The Traveling Pastor.”  He also graduated from Baptist College in Baltimore in 1961.   Robert has been a lifetime member of Bethel A.M.E. in Cambridge.

At the age of 50, Robert served as the Associate Pastor at Collins Temple A.M.E. Church from 1961-1963. In 1963, he became an Associate Pastor at Bethel A.M.E. Church in Cambridge. It gave him great pride to serve next to his mother Rev. Blanche Bailey, who was also an associate pastor at Bethel.  Robert also served as a Sunday School teacher, a member of the Male Chorus, and The Lillian Hollis Singers.  At his death Robert served as Assistant Chaplain at Signature Healthcare at Mallard Bay in Cambridge.  He enjoyed providing spiritual guidance and tending to the spiritual needs of the residents.  Rev. Bailey’s favorite spiritual hymns are, His Eye Is on The Sparrow” and “How Great Thou Art.” These hymns gave Robert strength as he continued the spiritual journey that God gave him.

Robert was a devoted father, son, and brother.  He leaves to cherish his memory two brothers: Richard Baily of Cambridge, and John Baily of Boston Massachusetts; one sister Omega Taylor of Lexington Park, Maryland, and a host of nephews, nieces, other relatives, and friends.

To order memorial trees or send flowers to the family in memory of Rev. Robert Bailey, please visit our flower store.