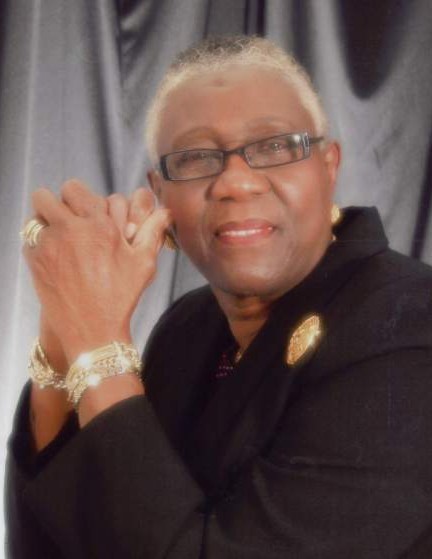 Marvella Louise Travis, was the eleventh of seventeen children of the late Howard

Mayland. Marvella went home to be with the Lord on Thursday, February 11,

She was raised in Cordtown, Maryland and attended the public schools of

Marvel, as she was affectionately called, faithfully served in the Dorchester

County Board of Education for thirty-one years. After retiring in 2000, because of

the love she had for helping children, she returned to the Dorchester County

Board of Education to continue making a difference in the lives of children.

whom she loved dearly. They enjoyed thirty-seven years together.

In February 1965, Marvel gave her life to Christ. She faithfully served at Union

Chapel A.M.E. Church in Cordtown, Maryland where she wore many hats before

her health began to fail. She accepted the call into the ministry and preached her

2000, under the leadership of Bishop Vinton Anderson. Her relationship with the

Lord continued to grow under the leadership of Rev. Kismat Alim. Hungry for the

Word, she enrolled in a structured course of Bible study at the Christian World

College of Theology in Salisbury, Maryland and received an Associate of Ministry

degree in 2001. She also received a Certificate in Christian Counseling there.

Marvel loved to sing and could sing. She was a member of several groups

including “The Renette Gospel Singers”, “The Fifty Voices of Cambridge”, “The

still living. Prior to her departure, she was a member of the Gospel Choir of her

In her church, she was someone who could be depended and trusted to perform

at a high level, whatever task was assigned. Marvel was very talented and would

manner even if she had to go the extra mile to make it happen; often selling

tickets to ensure that an event would be successful.

Prior to her health issues, she served on many Boards such as: Usher Board,

the Missionary Society. Marvel, also, was an active member of the Ministerial

Staff of Union Chapel A.M.E. Church. She served as a member of the Good

Shepherds Association as the Program Organizer and the Harriett Tubman

had together. She loved it when they talked about how they grew up “poor” and

“needy”; being poor but not realizing it because of all the love they had for one

another. She would compare how they grew up, to how children of today “grow

remind them of the value of the family staying and praying together. Also, a point

love to each other and to those who were less fortunate than her family. These

kind of rules were laid down by her father and mother, Howard and Rena.

all thine heart; and lean not to thine own understanding. 6) In all thy ways

acknowledge Him and He shall direct thy path.”

her words and deeds. She was relentless in her pursuit for them accepting Jesus

Christ as their Lord and Savior; often pleading with them to live a life of

Marvel was preceded in death by her parents, Howard W. and Rena V. Elliott; her

Jenkins; one son, Terrence L. Jenkins; 14 brothers and sisters; and several other

She leaves to mourn her loss: one son, Tyrome (Sandra) Elliott of Catonsville, Md.;

children; sixteen devoted nieces; eleven nephews and a host of cousins and

friends. She loved all of these dearly.

Click to download / open
To order memorial trees or send flowers to the family in memory of Reverend Marvella Travis, please visit our flower store.