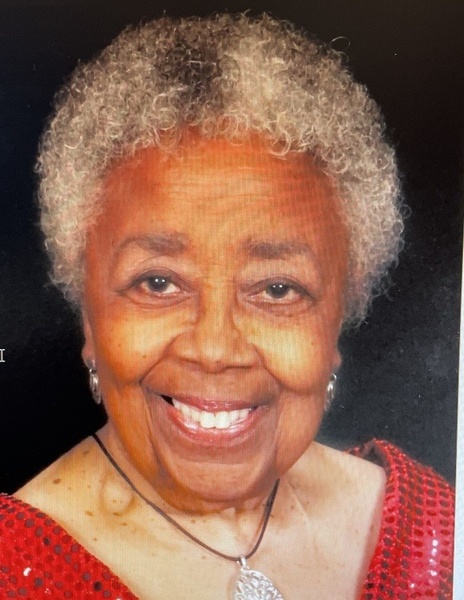 Reflections of Her Life

Ramona Oneida Hooper Kennedy, peacefully transitioned to be with The Lord  on October 10, 2021, at the age of 87, after a lengthy health battle. Born in Cambridge, MD on December 2, 1933, she was the daughter of the late Sarah Elizabeth and Albanus Washington Hooper, Sr.

Affectionately called “Mona”, she was a 1952 graduate of Frederick D. St. Clair High School where she focused on what is  now called family and consumer science and performed with the school dance troupe. After graduation she  began her career in the field of manufacturing and retired as a quality control specialist with the Western Printing and Publishing Co. In 1959 Ramona married the late Elwood Sylvester “Woody” Kennedy. They had one daughter, Ervina Michelle Kennedy Johnson who they absolutely doted on.

Along with Woody, she was the co-owner and administrative assistant of Woody’s Electric Company. She enjoyed working until her health forced her to retire in 1995.

Mona was a lifelong member of Waugh Chapel United Methodist Church where she sang with the church’s Young Adult Choir. Additionally, she was a member of the Prince Hall Free Masonry’s Order of the Eastern Star, the Daughters of Isis and The Golden Circle. She was a member of the self-proclaimed “Cambridge Bingo Club” with the late Libby Hooper, the late Leah Chase and the late Francis Wise.

Mona had a vibrant personality. She loved to laugh and socialize, and she never minced her words. She had a bold eye for fashion and home décor. She was the family seamstress and hairdresser. She was known to always have a cup of coffee and a pack of crackers on hand. In her free time, Mona loved to sing and dance and spend time with her friends and family.  She enjoyed travelling to multiple destinations in the US, Canada, and the Caribbean. She was devoted to her faith and had a strong appreciation for education. Her favorite sayings were “just eat the fish and throw the bones out!” and “God will make a way somehow.”

In her last years, she was a resident of Autumn Lake Healthcare at Chesapeake Woods, in Cambridge where she was treated like family, especially by Brenda Cornish.

She leaves her loving family to cherish her memory including her daughter Ervina and son-in-law Cecil Johnson Jr., granddaughter, LaSara and grandson-in-law Stephen Kinser, of Cambridge, Md. As well as siblings Albanus Hooper, Jr . (Dorothy) of Cambridge, Bertie Woods (Alfred) of Front Royal, Va., Elva Hooper (Dorsey), brother-in-law Donald Gibson, goddaughter Angela Hull, all of Bowie, Md, and Morris Elliot (Beulah) of Pueblo West , Co who was like a brother in addition to a host of loving nieces and nephews, great nieces and nephews, cousins, and friends who were like family.

To order memorial trees or send flowers to the family in memory of Ramona Kennedy, please visit our flower store.