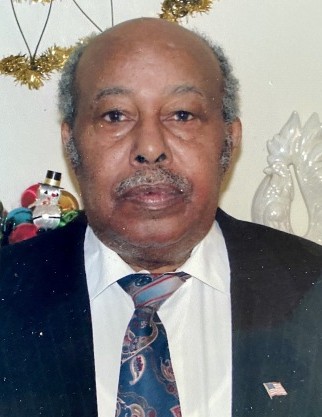 Percy Garnett Pierce, Jr., was born August 29, 1935 in Grasonville, Maryland. He was the son of the late Percy Pierce, Sr and the late Lina Pauls Pierce. He departed his earthly life on Monday, November 2, 2020 at his home in Chester, Maryland.

Percy was educated in the Queen Anne’s County Public School System. He attended Kennard High School in Centreville, Maryland. He was affectionately referred to as “PP” by his family and those close to him and was a very special person to so many. Percy enjoyed working as a waterman for many years. He also worked for the Queen Anne’s County Board of Education as a custodian at the Stevensville Middle School from which he retired in 1997.

Percy was brought up in a Christian home and his love for God began at an early age at the Union Wesley United Methodist Church in Chester, Maryland, known now as the New United Methodist Church. He was baptized by Reverend Robert Brown.  Percy has faithfully served through the years as Trustee, Choir Member, Usher, Treasurer and Acolyte.

Percy was a loving and caring person who was always willing to help others and show concern for their welfare. This was evident by his many acts of kindness to family, friends and the community. He enjoyed reading the bible and his favorite scriptures were Psalm 91 and Psalm 27. He also enjoyed singing, listening to gospel music and watching television, especially sports and western movies.

To order memorial trees or send flowers to the family in memory of Percy Pierce, Jr., please visit our flower store.