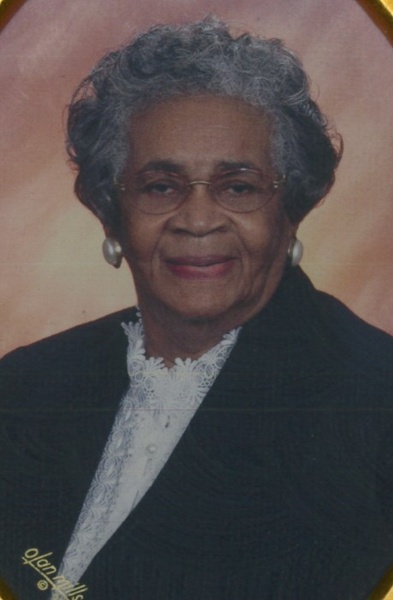 Pensacola J. Sampson, daughter of the late James Andrew Camper and Annie R. Young Camper was born on October 14, 1922 in Thompsontown, MD.  She departed this life on Wednesday, February 6, 2019 at her home in Cambridge, MD.

She received her education in the public schools in Dorchester County.  When her youngest brother, Leroy started school, Pensa, as she was fondly called by everyone, she insisted she too should go to school because she did not wish to be left at home.  So at the age of four, she was enrolled in public school, therefore graduating from high school at the age of sixteen.

In 1941 Pensa united in Holy Matrimony to Ernest T. Johnson, and from that union three children were born, Herschel, Sylvia and Clevon.

In 1945, Pensa began her employment at E.I. Dupont in Seaford, DE.  She retired in 1980 after 35 years of service.  In 1960, she married the late William Arvalee Sampson.  They celebrated a life of happiness for 51 years until his passing in 2011.  Pensa and William loved to travel, as is evidenced by their affiliation with the Silver Leaf Club.  They traveled extensively throughout the United States.  She was a member of Oziel Chapter #23 OES, P.H.A., Cambridge.

In lieu of flowers, memorial donations can be made to Faith Community United Methodist Church East New Market, Maryland.

To order memorial trees or send flowers to the family in memory of Pensacola Sampson, please visit our flower store.