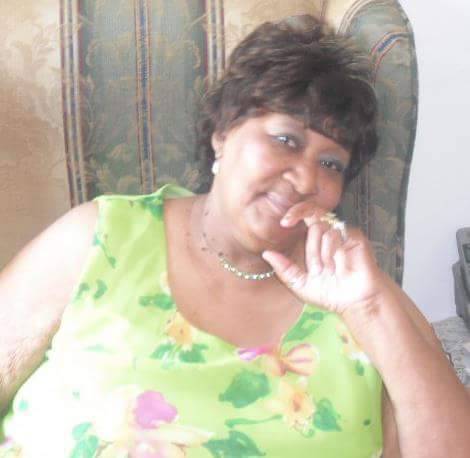 Patsy Loretta Allen Cromwwell Jones, daughter of the late Julius Ceaser Allen and Dorothy Cromwell was born on December 2, 1936 in Skidmore, Maryland.  She was called home to rest after a brief illness on June 10, 2020.

In 1961 Patsy was united in marriage to the late George Lenell Jones and from that union of 43 years they have two daughters.

Over the years Patsy held several jobs to name a few: Seafood worker for Gene Stalmack, she loved to cook so she worked for many years on Parson Island.  In later years Patsy became a caregiver for several close friends who were considered family.

Ms. Patsy, Aunt Patsy, Mom Patsy, Cousin Patsy, Sis, Sis-in-law, all these names became known as the many different Patsys’ but her greatest joy in life was spending time with her children and grandchildren.

Patsy’s favorite pastime was talking on the phone and watching her soap operas.  Her favorite TV show was Law and Order SUV.  Patsy was famous for her crab cakes and potato salad.  The neighborhood knew who to call on when they needed a good crab cake. She would drop everything to make some good old crab balls. If you were hungry, Patsy would feed you.

Patsy was a member of NEW United Methodist church where she served tirelessly preparing meals in the kitchen. Patsy Jones, Romenia Hunter, Bessie Tolson and Robert Pollard, were a culinary team that couldn’t be matched. Homecoming was such a big deal for the motly crew.  Patsy also served as a member of the United Methodist Women, an usher and in any capacity that she could until her health began to fail.  In January 1961 Patsy was awarded a certificate of  appreciation from then the Women’s Society, now known as the United Methodist Women.   Patsy was loved by everyone.

To order memorial trees or send flowers to the family in memory of Patsy Jones, please visit our flower store.