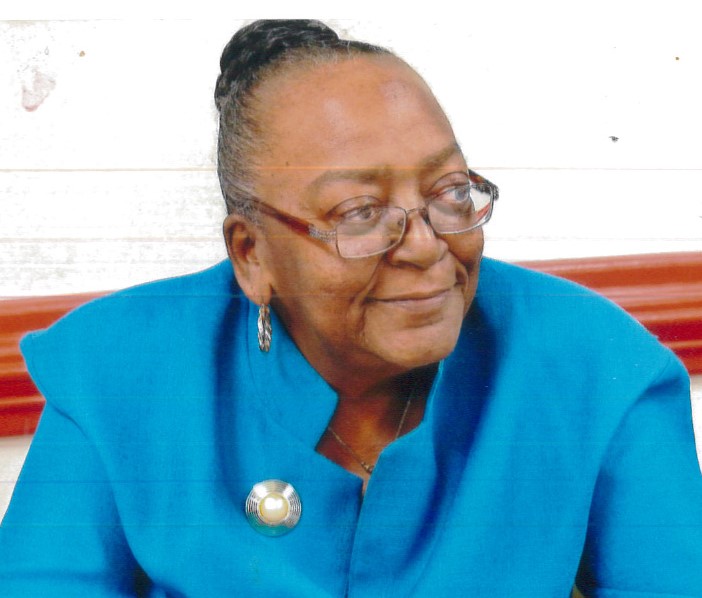 A sister is a blessing who fills your heart with love. She flies with you in life with the beauty of a dove.

Patricia L. Fisher, 74, better known as “Teeny Baby,” was born to the late Francis A. & Lucinda H. Fisher on November 26, 1945.  She parted her earthly home on November 29, 2019 in Glen Burnie, MD.  Raised by her parents in Grasonville, she was the “eighth wonder” of nine children of Cemetery road.  She was preceded in death by (2) brothers: John E. Whittico and Francis B. Fisher; two sisters: Rebecca A. Turner and A. Kathleen Fisher.  Her favorite color was red, so you’ve probably seen her in a red cap or even a red coat. She even had 3 red cars. (A Camaro, a Road Runner & a Sentra)

The spiritual seeds were planted early in Teeny’s life.  As a youth, she was active in Sunday school and related activities.  She became a member the church and joined the Gospel Choir (one of the originals) as a soprano, under the pastoral direction of Rev. Jessie Brown, Jr. traveling from New York to Texas.

Teeny received her education in Queen Anne’s County public schools at Grasonville Elementary, then on to Kennard High, successfully graduating in 1964. Her continuing studies led her to Fleet Business School in  Annapolis and later to online business courses.  During this span, she gathered many awards and certificates of which she was extremely proud.

Her assorted opportunities of employment included: The United Shellfish Seafood Co., Campbell Soup Co., Friel’s factory, Motor Vehicle Administration, and the Maryland Automobile Insurance Fund; retiring with the title of “Total Loss Claims Adjuster II.”  Another highly respected accomplishment was when she enlisted and received an Honorable Discharge from the Army National Guard (Reserves) of the United States of America.

Teeny truly enjoyed dancing, singing, photography, drawing, the WWF (Hulk Hogan being her favorite), and having fun in general, especially with the children of the family that she spoiled rotten, (thinking everything that they did was funny or cute, giving them everything they wanted.) She enjoyed cruising & sunning in the Caribbean with her friends.  Her favorite band: The Tempos.  Her favorite song: The Big Payback by James Brown and her signature song with the choir: Since I Met Jesus!

To order memorial trees or send flowers to the family in memory of Patricia Fisher, please visit our flower store.