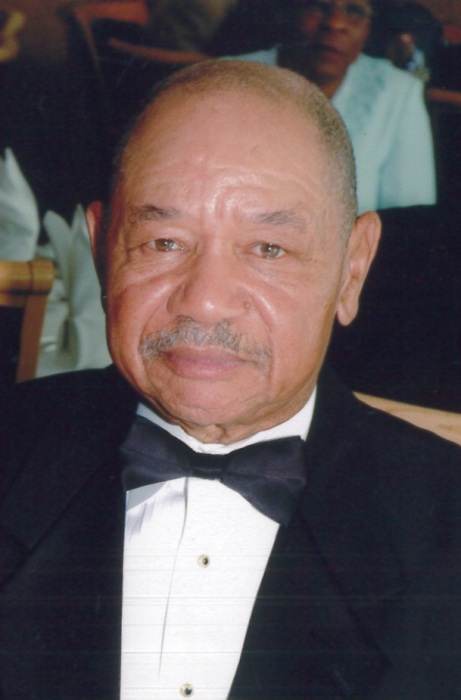 Norman Leon Stanley of Cambridge, MD died on Monday, July 24, 2017 at Chesapeake Woods Nursing Facility. Norman L. Stanley was born on April 19, 1932, the oldest son of the late Leon Henry and Louise Jackson Stanley. Norman graduated from Frederick Douglas High School Cambridge, MD in the class of 1949. Although he was a soft spoken and easy spirit, he was an  energetic, intelligent and organized man. After high school Norman joined the United States Air Force and twenty-six years later he retired as Master Sergeant- E7 in the position of Military Airlift Command and Environmental Tactical Communications Command. He traveled all around the world to such places as: England, Spain, Thailand and other assignments in Texas, Arizona,   Michigan, Nebraska, and the District of Columbia.

Norman had many talents and he utilized them in many ways. He was a self-taught musician and you could hear him playing the piano from his personal hymn book playing his favorite hymns at any time day or night. He was an electrician, carpenter, landscaper and an all-around handy man. He had more tools than any one shed could hold. He built several items for his home that was so creative that most people would not have thought could be done. His favorite TV channels were Do-it-Yourself (DIY), The Animals Channel and his favorite game show Wheel of Fortune.

Norman retired from Western Publishing Company after 22 years of service, which totaled 48 years of employment. Though he retired two times, this does not indicate that he stopped working. He worked in his garden for several years and often helped family and friends with theirs. He kept his lawns looking good and again would help others with theirs. He was an avid reader and could hold a conversation on just about anything, in addition, he loved to fish. Norman was a quiet giant and loved his family and treated all people with respect.

In 1995, he joined Prince Chapel AME Church in Tucson, Arizona and after returning to his home town, Cambridge, he joined Waugh Chapel United Methodist Church. As a member of Waugh Chapel, he served as trustee, member of the Finance Committee, Building Fund Committee, and treasurer of the Cemetery Fund and sang with the Men’s Choir of Waugh.

To order memorial trees or send flowers to the family in memory of Norman Stanley, please visit our flower store.