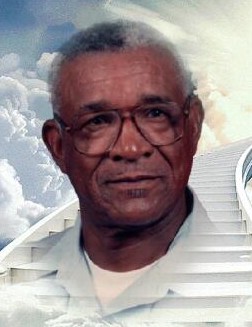 A Time To be Born:

Norman Copper Smith Affectionately known as “Eggie” or “Sonny” by family and friends was born on August 28, 1928 to the late Laura Copper and Fred Smith.

A Time To Live:

Norman was educated at Robert Russa High School in Easton, MD. His early work history included working at the Messick Company on Rt. 50, Norris Harrison Trucking Company for 35 years as a Truck driver and New Brick and Tile in Easton until he retired. After retirement, transporting people who were in need of rides to and from work, to major airports and grocery stores was something that he enjoyed. Norman was a people person and someone who would do anything for anyone if he was able! He had a kind heart and a loving spirit. When he wasn’t chauffeuring people around, you could find him early mornings at the local McDonalds reading a newspaper and taking delight in drinking his cup of coffee. If you didn't catch him there you could pass by his home and often find him in his yard tinkering with a lawn mower or an item that he had purchased from a local yard sale. Some of his favorite things were going to yard sales, eating sweets that he shouldn’t have, fishing, watching sports and the news.  Asbury United Methodist Church of Easton was his home church. He was not only a member, but attended services until he was no longer able due to health issues.

A Time To Love:

Norman married his wife of 29 years, Marcia Lewis Smith on June 13, 1992. During that union, they were blessed with the opportunity to raise and care for their daughter, Amber Smith.

A Time to Die:

Norman departed this life and transitioned to glory on January 1, 2022 at Peak Healthcare at the Pines in Easton, MD, he was 93 years old.

A Time To Mourn:

To order memorial trees or send flowers to the family in memory of Norman Smith, please visit our flower store.