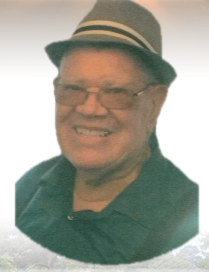 Monroe Marvin Pinder of Trappe, Maryland passed away peacefully on Tuesday, October 26, 2021 at Talbot Hospice in Easton, Maryland. He was born October 7, 1932 in Bucktown (Dorchester County, MD) He was the son of the late Louise Thompson Pinder and the late   Monroe William Pinder and was the first sibling of twelve. He was 89.

He was educated in the public school system of Dorchester County, MD and graduated from St .Clair High School. He furthered his education by attending Bowie State University in Baltimore, Maryland. Marvin was drafted into the Army and served a four year term, and he was given an Honorable Discharge.  After leaving the military, he was gainfully employed by DuPont Nylon Company in Seaford, Delaware as a Nylon Machine Operator. He retired after 25 years of service.

During his retirement years, he enjoyed traveling and working on cars. He enjoyed gardening and would share his vegetables with family and friends.

To order memorial trees or send flowers to the family in memory of Monroe Pinder, please visit our flower store.