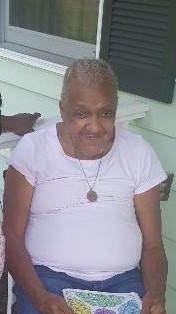 Minnie Mae Farrare, 77 formerly of Cambridge departed this life Friday, October 4, 2019 at the Autumn Lake Nursing Home in Chestertown. She was born April 24, 1942 in Portsmouth, Virginia to the late Iola Cook-Robinson.

Minnie’s mother migrated to Salisbury shortly after she was born. Minnie graduated from the   former Salisbury High School in Wicomico County. She was employed for 15 years by the Wicomico Nursing Home as a custodian. Minnie also spent years working for Campbell Soup Company in Salisbury. Let it be known, Minnie was an awesome cook and was know for keeping an immaculately clean home. The children in their earlier years loved getting off the bus to go get some of Minnie’s excellent cooking. Minnie was also a dressing woman. Everything had to be in place when she stepped out on the town. Minnie later married Kenny R Farrare, and from this union 7 children were born.

Minnie had several fights with cancer that she won, and it was not until 2 years ago she would be in the fight of her life where she would succumb to the ugly disease.

In addition to her mother, Minnie is preceded in death by her stepfather, Ralph Robinson, one sister Virginia Cook, and one brother Isaac Cook.

To order memorial trees or send flowers to the family in memory of Minnie Farrare, please visit our flower store.