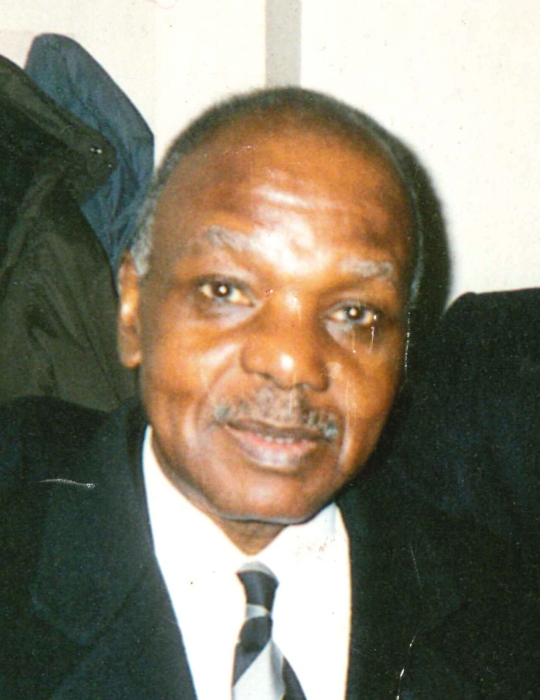 MILTON THEODORE JAMES MONTGOMERY was born on August 2, 1924 and departed this life at his home at the age of 93 on Thursday, December 7, 2017.

Milton was born in Baltimore, Maryland and was the oldest son of the late Brice Goldsborough and Minnie Caroline Hackett Montgomery. He received his formal education in Dorchester County Schools.

He enlisted in the United States Army in 1947 and served six years. He was in the 24th Infantry Regiment at Kope Base, San Francisco, California. Most of his years were spent in Germany, Japan, and Tokyo. He received an honorable discharge as Sergeant Milton T.J. Montgomery on September 26, 1953.

He received his Christian upbringing at Christ United Methodist Church, Airey, Maryland. He sponsored the youth choir taking them to various churches to sing. He also had his sisters, Mary, Priscilla and Beulah, audition in New York for the Ted Mack original Amateur Hour.

He later moved to Wilmington, DE and then to Philadelphia, PA where he worked for Boeing Aircraft and retired after 31 years. He was a proprietor in Philadelphia in the air-conditioning and refrigeration business at 54th & Osage.

Milton was joined in holy matrimony to Frances Montgomery on March 3, 1963, and lived happily together for 54 years. To this union was born one daughter, Kim Montgomery.

He was a member of Wharton Wesley United Methodist Church, 5341 Catharine St., Philadelphia, PA 19143 for several years. He was active in sponsoring several church programs at the church until his health begin to fail him.

He is a lifelong member of the NAACP where he received recognition and notoriety for being an outstanding front line spokesman for the cause of civil rights. He was a strong believer that every black person should be a member of the NAACP and would ask you if you had a membership card. Milton also served on several community boards and organizations including the American Red Cross as a disaster volunteer.

“And God shall wipe away all tears from their eyes; and there shall be no more death, neither sorrow,

nor crying, neither shall there be any more pain:

for the former things are passed away.”

To order memorial trees or send flowers to the family in memory of Milton Montgomery, please visit our flower store.