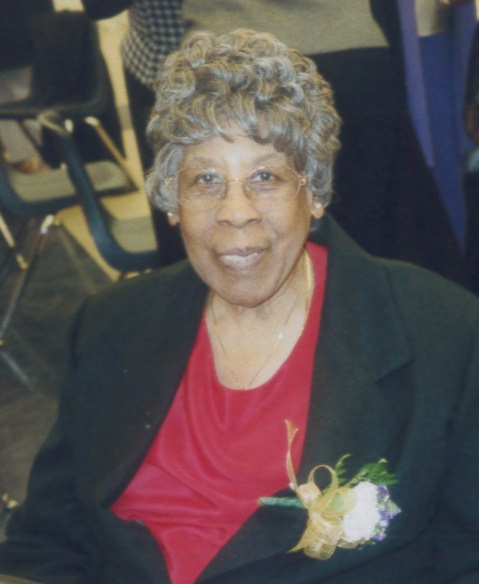 She was born September 21, 1917 on Egypt Road, Cambridge, Maryland to the late Palestine and Martha Dixon Vaughn Plater.  She received her education in the Dorchester County Public School System and was a 1937 graduate of F.D. St. Clair High School.  She attended Sunday school and became a member of the Vaughn’s Chapel Methodist Episcopal Church, Old Field Road, Church Creek, Maryland at the young age of twelve.

After graduating from high school, she made her home in Baltimore, Maryland.  In Baltimore, she joined the Unity Christian Community Church and was baptized by immersion in the church pool.  She belonged to several organizations and was a devoted and faithful member for about 21 years.  In 1959, she changed her membership to the John Wesley U.M. Church.  There she was an active member of the United Methodist Women, the Steward Club, the Golden Cross Society, the Welcoming Committee, the September Birthday Club and the Wesleyites Seniors.  She remained a supportive and faithful member until she returned home to Cambridge in April 2004.  After returning to Cambridge, she joined the Bethel A.M.E. Church where she was a member of the Missionary Society and Sunshine Club.

In March 1950, she married the love of her life, the late Phillip Hughes.  She remained a devoted, loving and faithful wife until his passing in February 1976.  She had no children of her own but was a very loving and devoted aunt to her many nieces and nephews (four generations).  She often said they brought a lot of joy and happiness to her life.

In the early years of her adult life, she did domestic work and was later employed at Glen L. Martin Airplane Factory doing small parts assembly and riveting during World War II.  When the war was over she was employed at the A. Brash & Sons Sewing Factory as a seamstress.  She remained there until her retirement in September 1975.

Aunt Mildred was a member of the Old Field Church Creek Community Improvement Association, Inc. for seventy years.  She served as the secretary, historian and member of the Board of Directors.  Aunt Mildred loved to read the Bible, traveling, attending church and family gatherings, playing Bingo, doing word search puzzles and watching game shows.  She also enjoyed going to the Mac Senior Center and participating in the activities that they sponsored.  Aunt Mildred was also very active as Chesapeake Woods Center, participating in their various activities and attending worship services.  Dominoes and Bingo were two of her favorite activities at Chesapeake Woods Center.

To order memorial trees or send flowers to the family in memory of Mildred Hughes, please visit our flower store.