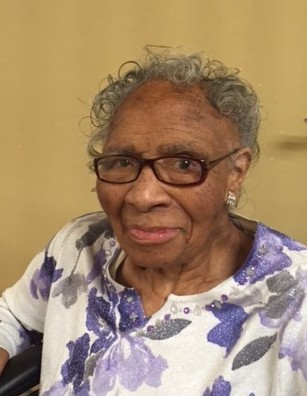 Mildred Oneida Dean Henry was born on March 13, 1924 to Goldie R. and Vermont Banks Dean at Liners Road, Maryland.  She departed this life on August 31, 2016 at Signature Health Care, Mallard Bay Nursing Home in Cambridge, Maryland where she had resided for the last four years.

Mildred was educated in the public school system of Dorchester County, MD and graduated from F.D. St. Clair High School, Cambridge, MD in 1941.  Mildred spent her young life at Liners Road until she married her high school sweetheart the late Benjamin Jason Henry, Sr. on June 25, 1945.  They first moved to Baltimore, MD before returning to the Eastern Shore where they built their home in Christ Rock, MD, the place she lovingly called “the Rock.”  Mildred was very proud of the accomplishment of building a new home.  From their union two sons were born; Benjamin Jason Henry Jr., and Wayne Edward Henry.  Together, Mildred and Benjamin raised their family, served the Lord and set an example of a strong and devoted Christian family.

Mildred first worked for the Phillips Packing Company until she accepted a job with the Dorchester County Board of Education as a Food Service Specialist.  While employed with the school system Mildred earned a Certificate of Education in Food Services from the University of Maryland, another proud accomplishment.  After over 20 years of service, Mildred retired in 1986.

Mildred was also a member of various community groups and committee’s over the years, including the Neighborhood Watch of Christ Rock, Friends of Stanley Institute, and was an original member of the Harriett Tubman Organization.

Mildred was known in the community for being a pleasant, helpful and hard working person with a good sense of humor.  She loved to cook, kept a clean and orderly house and loved to entertain family and friends.  Mildred even hosted the F.D. St. Clair class of 1941’s 50th high school class reunion picnic at her home.

Mildred was preceded in death by her husband of 45 years, parents, two brothers, Rufus and Edward Dean, five aunts, three uncles, and one nephew.

To order memorial trees or send flowers to the family in memory of Mildred Henry, please visit our flower store.