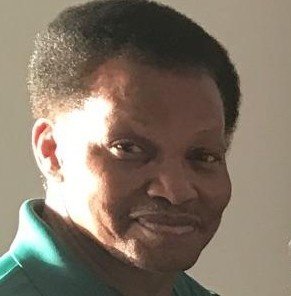 
Michael Leon Elliott was born in Cambridge, MD on May 8, 1956, to the late Elsie Mae Elliott Thompson and the late Emory Leon Matthews.  Michael entered eternal rest, by peacefully and quietly slipping away on Saturday, March 27, 2021, at his home in Essex, MD.


Michael grew up in Dorchester County.  He attended Hurlock Elementary School and graduated from North Dorchester High School.  Being an ambitious young man, Michael entered a work program with (then) AirPax, working part-time and attending school part-time.  He continued in the work program until after graduation.  At which time, he continued with AirPax on a full-time basis, and later, working his way up the ladder to become a supervisor.


After a number of years at AirPax, Michael was later employed with other businesses:  Johnson Motors, Lindwood Lumber Yard, and Wards Components.


Being a lover of music, Michael was  a member of his elementary and high school bands, playing the trombone.  He and brother Rodney played in the Hurlock Elementary School band together.  Later and after playing in the North Dorchester High School band, Michael was a member of the musical group the Vibertones, performing at various locations.


Growing up, Michael and his brother Rodney and nephew Kenneth Elliott were very close and palled around together.  You rarely would see one without the other two.They were sort of "The Three Musketeers."


Michael joined the military, enlisting in the United States Army and served a tour of duty in South Korea.

Later in life, Michael moved to the Western Shore, to Baltimore and Essex. He was employed a number of years with Goodwill Industries.


Family and friends were very important to Michael and he very much enjoyed the times he spent visiting with or talking by phone with family and friends.  And Michael really enjoyed a good conversation. Sometimes, a good, long conversation. Being knowledgeable about so many things, he didn't mind explaining and going into detail on various subjects.  He would also help anyone


Michael loved working on electronics.  And he really loved his gadgets, and loved equally, being able to explain the operation of each item.  His nephew Kenneth Elliott affectionally nicknamed him "Inspector Gadget."


Being a person who would help anyone that he could, Michael will certainly be missed by all who know and love him.

To order memorial trees or send flowers to the family in memory of Michael Elliott, please visit our flower store.