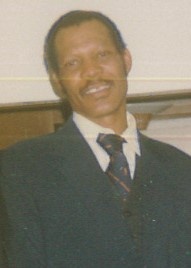 Born February 17, 1950, he was the fifth son of the late Wilsie Stanley Travers and the late Dewey Stanley Sr.

There were so many special things Maurice loved to do and that was he enjoyed fishing and hunting rabbits and squirrels.  He also loved riding his lawn mower as he cut grass no matter how hot it was outside.

Maurice’s favorite food was a pot of beans and various kinds of soup.  Spending time with family was also enjoyable for Maurice.

In addition to his parents, he was preceded in death by four brothers, Theodore Stanley, James “Buddy” Stanley, Dewey  Stanley Jr. and Alonza Stanley  and one granddaughter, Ronnissa “Bunny” Stanley.

To order memorial trees or send flowers to the family in memory of Maurice Stanley, please visit our flower store.