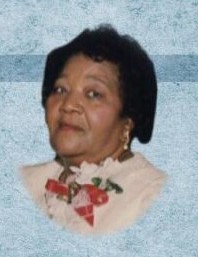 God saw the road was getting rough and hills were hard to climb. He gently closed her loving eyes and whispered "Peace be thine"

Mattie Sampson Thompson peacefully transitioned from labor to reward on Monday, February 21, 2022 at her home on Cordtown Road in Cambridge, Maryland surrounded by family.

Mattie was industriously employed throughout her life. She inherited a strong work ethic from her mother and father.  Among her many talents she offered domestic services, laundress, seamstress and entrepreneurship( Dorset Laundry, Boogash, Joe Sealy and other sewing factories in Cambridge, Maryland).  After retiring she harvested strawberries from her family garden to sell, implemented home improvements and opened and ran her own Day Care Center for many years.

She hosted family gatherings; traveled near and far with her sisters to purchase fine fabrics, bed linens and curtains; and custom made clothing for her siblings and children.  She mindfully contributed generously to others. She inherited her seamstress talent from her great-grandmother Caroline (Banks) Jenkins.

Mattie attended the National Church of God in East New Market, Maryland and later became a member of Union Chapel AME Church on Cordtown Road in Cambridge, Maryland where she served as a Trustee and stewardess for many years until her health failed.

To order memorial trees or send flowers to the family in memory of Mattie Thompson, please visit our flower store.