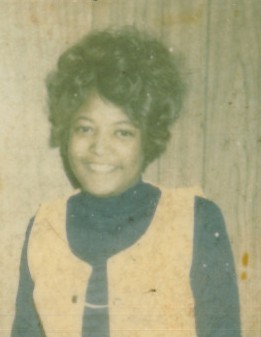 Maryalice Louise Molock, also known as Mary,  went home to be with her heavenly Father on Monday, April 17, 2017 at University of Maryland Shore Medical Center at   Dorchester in Cambridge, MD.

Born on Christmas Day, December 25, 1948 in Cambridge, MD, she was the daughter of the late Howard Chester and Carrie Bryan Molock.

She attended the public schools of Dorchester County. Her work history includes Bumble Bee Seafood and Econo Lodge currently America’s Best Value Inn as the Supervisor of Housekeeping. She was a faithful and dedicated employee for more than thirty years. Her last five years of employment was with Dean’s Janitoral Services in Easton, Maryland.

Although Mary was sick, she never complained or told    anyone.  Family and friends will remember her as a fun, loving, supportive and caring person.  She will be sadly missed by those who knew and loved her.

To order memorial trees or send flowers to the family in memory of Maryalice Molock, please visit our flower store.