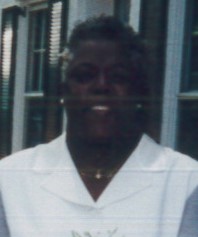 Mary Frances Gittins, 72 of Grasonville, lost her battle to a long struggle of illness on March 27, 2017 at Corsica Hills Nursing Home in Centreville, Maryland.

She was born May 11, 1944 in Tampa, Florida, daughter of the late John and Mamie Lucille Moore.

Mary was employed as a cook and in the shellfish industry at Fisherman’s Inn for over 40 years until her illness would not let her work no longer.

In addition to her parents, she was preceded in death by her husband,  Samuel Gittins, daughter, Mamie Lucille Stewart, sisters, Willow May Moore, Lila May Moore, brother John Moore and beloved friend, Norma Lee Rollins.

To order memorial trees or send flowers to the family in memory of Mary Gittins, please visit our flower store.