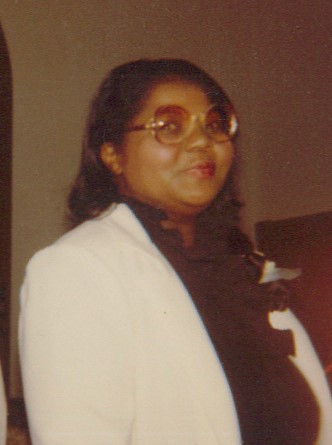 Mary Lillian Maxine Brown, affectionately known as “Mickey,” was born February 24, 1942, to the late George Rufus and Geneva Beatrice Brown. She departed this life on Saturday, September 26, 2020, at Genesis Healthcare, The Pines of Easton, Maryland.

At an early age, Mickey joined church and was faithful until her health permitted her from attending services. Mickey was a member of the Methodist Youth Fellowship and United Methodist Women organization. Between John Wesley UMC(Carmichael), Bryan’s UMC(Grasonville) and Robinson’s AME(Grasonville); Mickey was sure to be found in worship, as well as other neighboring churches. She also enjoyed traveling to Wilmington, Delaware, with close family friend, Mary Lee Hines. to worship with her church family. The family of Harrison Memorial Baptist Church loved her as if she was one of their own.

Mickey served as a lay leader at Bryan’s United Methodist Church and attended the Lay Institute, where she received training to serve as a lay minister. Mickey and her cousin, Donald Cornish faithfully attended these trainings together throughout the years and served the congregation of Bryan’s until she could no longer render her services. Some of the duties performed as a lay minister included, teaching Sunday School and Vacation Bible School; preaching the gospel on 5th Sunday or if the pastor was absent.

Mickey loved to sing on the choir. She was a member of the Senior Choir at Bryan’s and John Wesley. She later joined the Bryan’s Young Adult Choir, where she sang with her siblings and other members. “I’ll Make It Somehow,” “He Touched Me” and “Walk On By Faith,” were not only songs of hers, but a testament of her dedication to her spiritual journey.

Mickey was employed by Friel’s Cannery and United Shellfish, but she was known for being a caretaker. She helped raise nieces, nephews, cousins and friends; in addition to elder members of family and friends, while they worked. Through this service a special bond was created between those she cared for. Her love and sense of humor was felt by them all.

Mickey enjoyed going to family gatherings, homegoing services, eating out and visiting her Uncle Arthur & Aunt Coretta. These things meant a lot to her, especially eating out. She loved crabcakes and would order them whenever she was dining out.

Mickey was preceded in death by her siblings, George “Bobby,” Barbara “The Boss,” Doris “Dumpy,” Clarence “Mr. B” and David; one surrogate sister, Frances Mills, and her beloved aunts, Beulah Gould and Coretta Jones.

To order memorial trees or send flowers to the family in memory of Mary Brown, please visit our flower store.