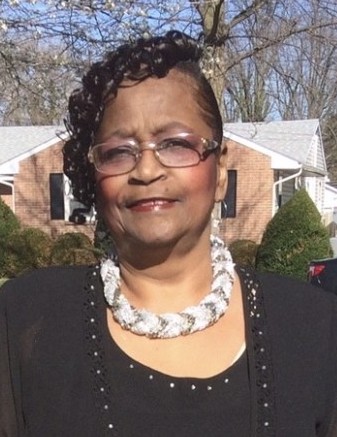 Mary Elizabeth Jenkins Anderson, better known as “Chickie,” closed her eyes in
eternal rest on Sunday, June 28, 2020, at the Shore Health Systems of Easton.
She was born on December 10, 1950, to the late Mary Delores Jenkins and
the late James Leroy Lewis in Easton, Maryland. She was 69 years of age. She
was educated in the public schools of Talbot County Robert Russa Moton
High School.


Chickie was a lifelong member of Union Baptist Church, joining under the
leadership of Reverend Serenus Churn. She served as Vice Secretary of Union
Baptist Choir, the Women’s Ministry, the Missionaries, and a member of the
Union Baptist Church Choir. Chickie worked in several industries over her
life-span, concluding at the former William Hill Manor due to health issues.


Chickie was someone who had a strong sense of what family and love was and
it showed. Anyone who knew her and her family, knew how she felt about
them and vice versus. Chickie’s flowers were definitely given to her while she
was able to enjoy them. Embracing family, friends, and her church was done
with ease!

Chickie was preceded in death by her parents; two brothers; one brother-in-
law; and numerous aunts and uncles.

To order memorial trees or send flowers to the family in memory of Mary Anderson, please visit our flower store.