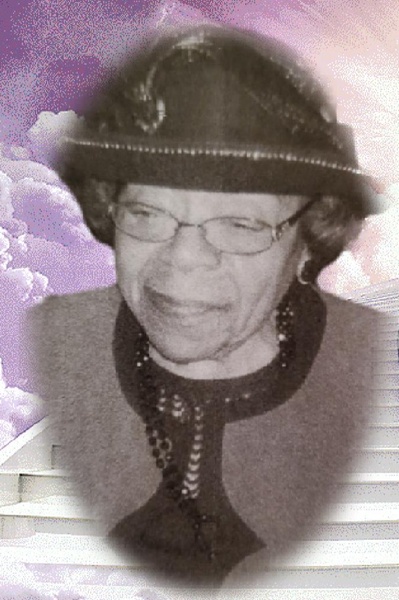 Marjorie Beatrice Woodard departed this life on Saturday, June 18, 2022 at Talbot Hospice in Easton, MD. She was 101 years old. Marjorie was born on February 10, 1921 and was delivered at home in Trappe, MD by Mrs. Annie Bailey, a midwife. When her birth certificate was filed it listed February 26, 1921 as her birth date. She was born to the late Arthur Garrison Brummell and Elnora Camper Brummell.

Marjorie was educated in the Talbot County Public School system. She was a member of Scott’s United Methodist Church. On November 18, 1942, she moved to Philadelphia, PA at the age of 21.

Marjorie worked several jobs, but settled at Perfection Plastics, where she worked for 30 years. She retired in 1973 to take care of her sick husband Raymond L. Woodard, who died on June 14, 1988. They were members of Grace Baptist Church of Germantown. After living in Philadelphia for 50 years, she moved back to Trappe, MD, and rejoined Scotts United Methodist Church. She reconnected with her very first boyfriend John Howard Brown and they were together until he passed on February 5, 2016.

Marjorie received awards form her church and the N.A.A.C.P for her 100th birthday. Ms. Diane Thomas surprised her with many cards from the church family and well wishers. She also received congratulations from the President of the United States, Joe Biden, United States Senator, Cris Van Hollen, United States Senator, Ben Cardin, Senate of MD, William C, Ferguson IV,  Adelaide C. Eckardt, Governor of MD, Larry Hogan and staff, General Assembly Delegates, Christopher Abrams and Johnny Mantz, and the entire town of Trappe, MD by its President Nichols Newman. She was really surprised. God gave her 101 years and she said she lived a wonderful life!

To order memorial trees or send flowers to the family in memory of Marjorie Woodard, please visit our flower store.