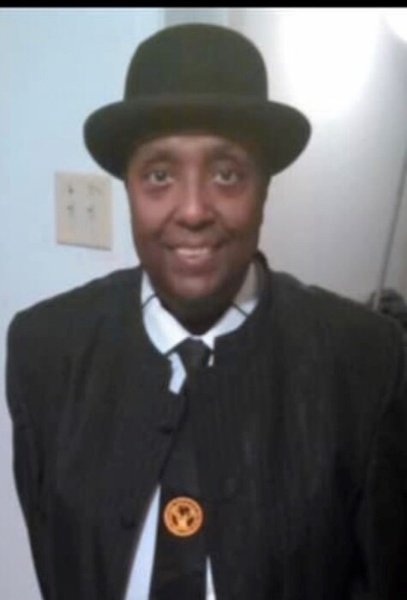 Marion Armstrong, 64 of Easton, went home to be with the Lord at Laurel Medical Center in Laurel MD on Sunday, May 23, 2021. He was the youngest of four boys born December 13, 1956, to the late Margaret Hale Armstrong and Thomas Armstrong, Sr. Marion was known to many of his friends as “Mercy.”

Mercy attended the public schools of Talbot County. He received his Christian Training from Union Baptist Church in Easton and was baptized. At a very early age, the scriptures were fulfilled in Mercy’s life, “He that findeth a wife, findeth a good thing.” He married his love and high-school sweetheart, Iretha Rasin Armstrong in June 10, 2000. There were no children born to this union, but they became “Pop Mercy and Mom Ree” to a lot of children.

Marion held several jobs as a truck driver. His latest was driving people to and from the airport. He drove for McCords Laundry in Easton, Hummingbirds Farm in Ridgley, Bay Hundred Seafood in McDaniels, and Don’s Seafood in St. Michaels. Marion even enjoyed driving individuals around town. He was also a mechanic working for Williams Garage in Ridgely many years under Buss Williams who taught Mercy everything Mercy knew.

Everyone who knew Mercy, knew he loved to dress. When he stepped out to a formal affair, he was coordinated from head to toe. Mercy always had a hat to match his shoes, pocket handkerchief, and tie. This was the beginning of The Modeling Team (M&T) Company. He was the life of the party. Mercy loved his family and loved to dance. He loved fishing with his grandsons and great granddaughter, Nyla.

Marion was a member of Samuel T Hemsley Elks Lodge 974 where he was Past House Chairman and Bar Tender. Mercy loved everyone and everyone loved him.

In addition to his parents, he was preceded in death by his son DeWayne Armstrong, and a granddaughter, Danajia Armstrong.

To order memorial trees or send flowers to the family in memory of Marion Armstrong, please visit our flower store.