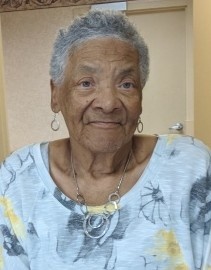 Marcella Mary Ellen Williams Thomas, 81, passed away at Genesis Nursing Home in Easton,
Maryland on April 8, 2020. Affectionately known as “Cell”, born on October 27, 1939, she was
the eldest daughter born to the late Isaac Franklin Williams, Sr. and Hazel Johns Williams.

She was raised in the village of “Williamsburg-Stumptown” south of Easton. At a very young
age, she was accompanied by her parents and siblings as members of Williamsburg Memorial
Church and was baptized by the late Reverend Sarah Austin known as “Mother Austin.” Her
grandparents, George and Eleanor Williams were pioneers of families who settled in the
“Williamsburg-Stumptown” community.

Marcella was educated in the Talbot County School System where she received her early
education at the one-room African American school house located in Williamsburg-Stumptown.
She continued her education at the first black public school, Robert Russa Moton High School in
Easton, MD.

On November 23, 1957, Marcella married the love of her life, David Edward Thomas, Sr. They
resided in Gouldtown, Maryland with her in-laws. As a new member of this family, she was
greatly welcomed so that her niece, Jeanette, would tend to the care of her long, thick hair. From
this union were four children, Michael, David, Darlene and Patrick. She was extremely devoted
to her and loyal to her children and grandchildren.

She was adamant of following in the footsteps of her mother. Marcella spent her working career
as a professional domestic worker. She was very meticulous about keeping a house cleaned. In
1961, her first job was employed with Meredith L. Kelly in Easton. She later became employed
with the late Stephen and Patsy R. Bremer Family for approximately 50 years. Marcella loved
The Bremer family, and they loved her dearly. Her friendship and support meant the world to
Bill, Mary, Ann and Robert. Ann being nine years, Marcella loved to tell her about when she
was hired and spoke about the little brownie uniform she was wearing. She was very loyal and
dedicated to the family needs. Her devotion and companionship of taking care of to Mrs. Patsy
over the years was truly extraordinary.

Marcella had a passion for gardening and landscaping whereas she would be planting
shrubberies, trees, and flowers from sun-up to sun-down. She was also in love with interior
decorating where she devoted a room for a collection of blue and red porcelain china.

To order memorial trees or send flowers to the family in memory of Marcella Thomas, please visit our flower store.