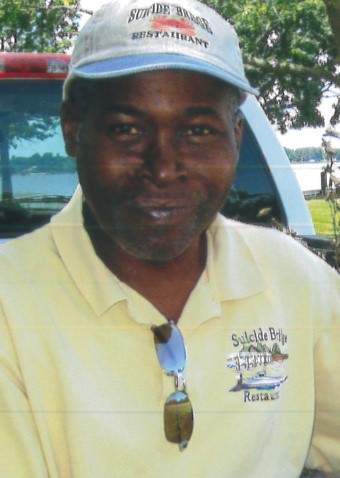 Luther William Davis Jr., made the final journey of his life on Tuesday, November 6, 2018 at his home in Cambridge, Maryland at the age of sixty-one.

He was born in Cambridge, Maryland on November 4, 1957, the second child of the late Luther William Davis Sr. and Beatrice Lewis Davis.

He was educated in the Dorchester County Public School System and attended elementary school and graduated from Cambridge Senior High School in Cambridge, Maryland in 1975.

After graduation, Luther was employed at Western Publishing for several years.  He worked for Suicide Bridge Restaurant doing various jobs until his health began to fail.

In his early adult life Luther joined Waters United Methodist Church under the leadership of the Reverend Keith Cornish.

Luther was a kind, quiet and caring person.  He truly loved spending time with his children and grandchildren.  He also enjoyed fishing, riding his bicycle around Cambridge, watching western movies on television and playing pool with his friends.

In addition to his parents, he was preceded in death by a granddaughter, Mirrar Davis.

To order memorial trees or send flowers to the family in memory of Luther Davis Jr., please visit our flower store.