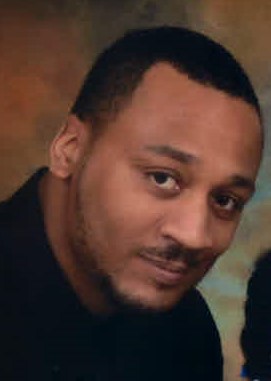 God would you ever save me? A voice said, just keep patience, you know I’m coming my child.” LS

Luis Allen Sims Jr., son of the late Shelley Alewine and Luis Sims Sr., was born on October 7, 1986 in Baltimore, Maryland. Luis grew up in Baltimore City and attended Northeast Junior High School. He later received his GED in   Baltimore City. At a young age Luis was active in church and was baptized at the New Unity Baptist Church.

Luis met the love of his life, Heather Sims in the summer of 2004 in  Baltimore. They later married on June 3, 2012. Luis moved to Easton, Maryland and was a faithful member of Queen Esther Church of Easton, Maryland. Luis was friendly to everyone and greeted them with a smile. He loved rapping, playing basketball and coming to Baltimore for family  gatherings to eat some of his favorites: crabs, yatgawmei, and pistachios. On Sundays, he would enjoy   family time, bowling with his children and watching the Dallas Cowboys play football.

Luis was full of life and high spirits, although he was diagnosed with epilepsy.  On the evening of Monday, February 10, 2020, Luis fell sick from his battle with  epilepsy and was called to join God in his Kingdom.

Luis was preceded in death by his mother, Shelly Alewine of Baltimore, MD., a brother, Lamont Sims, his grandparents, Frank  Perry, “Bunny” Sims and Jesse Rogers and his great-grandmother, Idell Green.

To order memorial trees or send flowers to the family in memory of Luis Sims Jr., please visit our flower store.