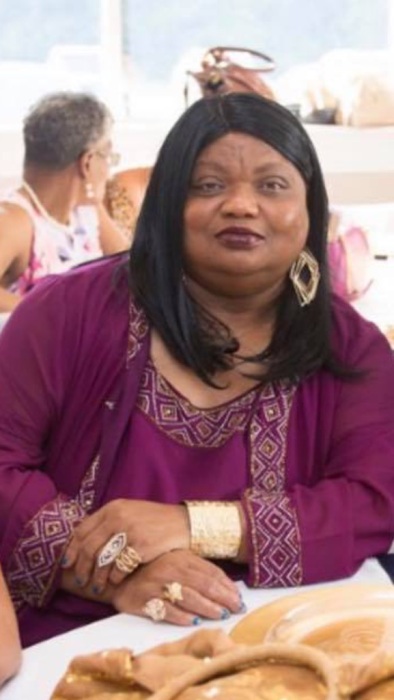 Linette, as she was called by family and friends attended Dorchester County Public Schools.  She graduated from Cambridge-South Dorchester High School, Class of 1984.  She was known by her classmates for being the life of the party.

After graduation she attended Chesapeake Community College for four years receiving her degree as a Medical Assistant, Certified Nursing Assistant and Certified Medicine Technician. She was employed with Coldwater, ConAgra and these latter years at Delmarva Community Center.

Linette accepted Christ early in life.  She loved nothing more than attending church.  Truly she loved the Lord and praising Him in & out of church.  If she was in church you knew it.  Linette was a member of Zion Baptist Church.  She was a member of the Mass Choir, C. J. Branch Choir, The Christian Faith Choir and attended Sunday School.  Linette loved her pastor, first lady and church family.

Linette married Timothy Sampson.  From that union they had a beautiful daughter.  She loved spending time with her family and friend.  She was a huge fan of WWF wrestling, The Young & the Restless, playing video games, shopping, dancing, traveling, listen to music and wearing her jewelry.  Linette always tried to put a smile on everyone’s face.

She was preceded in death by her grandparents Louis Otis and Louise Johnson, one brother, Rodney Ellis, father in-law, Herman Sampson and a special friend,  Vanessa Jenkins Sharp.

To order memorial trees or send flowers to the family in memory of Louise Sampson, please visit our flower store.