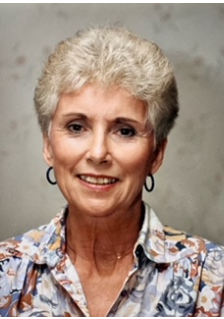 Louise O’Brien passed away peacefully on February 7, 2022, at her home in Heron Point, in Chestertown, Maryland.  She had been living with terminal cancer since mid-2021.  Louise was born in Hinesburg, Vermont in 1929 and is survived by her loving children, Maureen O’Brien of Wilmington, DE, Pat O’Brien (Lea) of Ringgold, GA, Alice Micham of Roswell, GA, Mary Kemp (Tom) of North East, MD, Jeanne Dooley (Tim) of Dublin, OH, Bill O’Brien (Laura) of Camden, DE, and Katy O’Brien Mackie (Scott) of Elkton, MD, as well as 23 adoring grandchildren and 8 great grandchildren.  She is also survived by her sister, Joyce Leuchten (Bill), of Mountain Lakes, NJ.  She is predeceased by her brother, Paul McKenzie, and her husband of 44 years, Bill O’Brien, who was her best friend and whom she lost in 1996.

Louise became a nurse early in adult life and, with more education in her 40s, became a psychotherapist and Pastoral Counselor.  She raised her children in Montgomery County, Maryland and moved to a house in Chestertown in 2001, and then to Heron Point in 2020.  Her goal in life was to help the less fortunate, including through church activities, as a reader to the visually impaired, as a volunteer for Hospice and Upper Shore Aging, and in leadership positions with Homeports, the Chestertown Healthcare Ethics Committee, and the American Cancer Society’s “Road to Recovery.”

Louise was passionate about her 7 children - and her grandchildren, whom she took with her on many Road Scholar educational trips.  For the last 20 years, she rented cottages in Bethany Beach for a week in June for the whole gang.

Louise loved music, education, traveling, and ice cream sundaes.  She stayed active throughout her life with kayaking, Zumba, playing bridge, and adult education classes at the local college.   In 2017, she completed her memoir, entitled Mon Dieu Ca Va Bien!, which is a French exclamation she used when her children tested her nerves, which was a near-constant state from the 1950s to the ‘80s.

Louise was most often described as “genuine” – she loved people, she conversed with all those around her on a meaningful and caring level – and she was always the first on the dance floor.

Her family thanks the wonderful staff at Heron Point, and all her close friends there, for being so loving and attentive to Louise since she became a resident and especially over the last six months.

In lieu of flowers, contributions may be made to Martin’s House & Barn, P.O. Box 996, Ridgely, MD 21660.  The family is planning a Celebration of Life for the Spring.  Remembrances may be left on the Tribute Wall at the Henry Funeral Home website: www.henryfh.com

To order memorial trees or send flowers to the family in memory of Louise O'Brien, please visit our flower store.