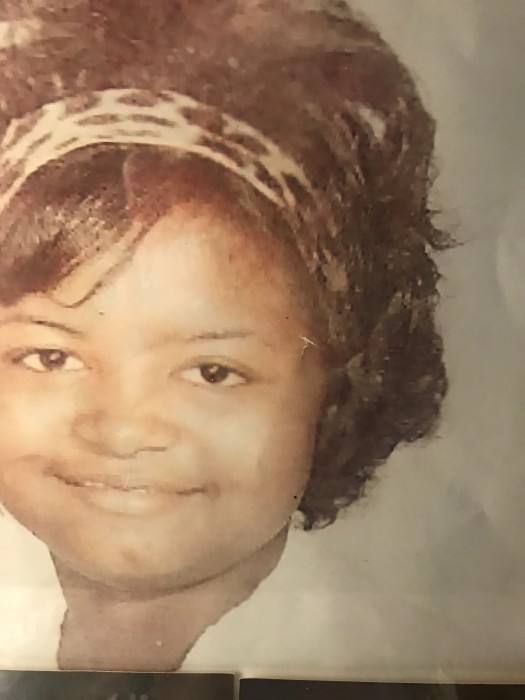 Loticia Laschomb Carter, also known as Sue, 69 of Grasonville, Md received her wings on Saturday, March 27, 2021. She was born on December 7, 1951 in Easton, Md to the late Percy and Annabelle Hurdle Williams.

Sue enjoyed listening to spiritual gospel music with her one-year-old great-granddaughter. She loved shopping at Roses Department Store and eating with the “Golden Girls.” She loved vacationing in Ocean City and eating out with the “Golden Girls: Mary, Sybby, Lottie, Marlene, Ray, Debbie.”  She was a mother to all children who came in her presence.  She was a loving wife, mother, sister, grandmother, great grandmother, aunt, and friend.  She was whole heartedly dedicated to her family and friends.  She will be missed by all that loved and knew her.

In addition to her parents, Sue was preceded in death by two sisters: Denise Williams and Bessie Adkins; and one brother, Edward Hurdle Sr.

To order memorial trees or send flowers to the family in memory of Loticia Carter, please visit our flower store.