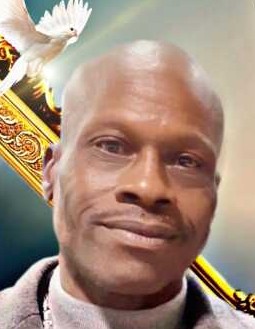 Lorenzo Maurice “Tony” Stanley was born in Cambridge, MD to the late James Stanley and Pastor Hattie Stanley on February 25, 1966. He departed this life on March 31, 2022.

"Tony” received his education in the Dorchester County Public Schools. He was musically inclined; loved music, playing the drums, and most of all playing the bass guitar. In early years, he attended the National Church of God in East New Market, Maryland under the leadership of the late Rev. Howard Spencer, then became a part of the Center Street Church of God in Cambridge, Maryland under the leadership of his mother, the late Pastor Hattie Stanley. “Tony” was inspired to move from Cambridge to Philadelphia to further his education. In his pursuit, he continued to achieve to include securing his own residence.

“Tony” was a very passionate man, soft spoken, carried an infectious smile and had a great love for people. One of his favorite pass times was eating at his brother Dennis’ house, who made sure he was well taken care of and where he had the pleasure to dine sufficiently.  You would always know when “Tony” was around, you would find him jesting to bring a smile and laughter to all who were in his surroundings.

“Tony” found fulfillment and counted it a blessing to travel with Dennis to various churches and events.  Following his brother Dennis in  Maryland, Philadelphia and beyond became the norm. After exhausting engagements, “Tony” would be the adrenaline for and the conversationalist to Dennis, becoming Dennis’ support system and assurance that he would remain alert while driving on lengthy road trips.

He enjoyed family functions and we always looked forward to seeing “Tony”, knowing that if we saw “Tony”, we would be engaging in a great time of laughter and fun.

“Tony” was immensely loved and appreciated at his place of employment. After sharing the news of his passing with his co-workers, it was evident that he had made an enduring impact on the employees.

We are so grateful to God and have no doubt that he had his own personal relationship with God!  Some of his favorite sayings were: “When you get down on your bended knees, pray for me”; “tell the Lord thank ya”.  He would be sure to end phone calls with some type of expression of his love.

To order memorial trees or send flowers to the family in memory of Lorenzo "Tony" Stanley, please visit our flower store.