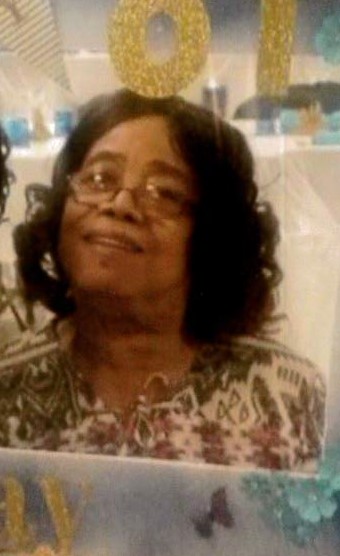 Lillian Annie Mae Pinder, known to many as Annie Mae 85, departed this life Monday, March 8,2021 at her home in Cambridge, Maryland. She was born March 2, 1936 in Cambridge to the late Dorsey Molock and Lillian Stanley Richardson.

Annie Mae attended Dorchester County public school and Baltimore City school.  She met her late husband Paul Leonard Pinder and married him in 1955. To this union was born five children. Lillian was employed at Bumble Bee Tuna factory for 5 years and Rod Roy for 3 years. She then worked at Dorchester General Hospital where she received her degree as a CNA. She began her nursing career and worked at multiple nursing homes such as William Hill Manor, Glasglow, Chesapeake Woods, and Genesis where she retired in 2017 at the age of 81. Lillian enjoyed taking care of the elderly, spending time with her family, and going to the casino.

Annie Mae leaves to cherish her loving memories with 2 sons: Bradford Pinder (Lisa) and Paul Pinder Sr. (Lavon) both of Cambridge; 2 daughters: Carol Pinder-Moore (Eldred) of Des Moines, Iowa, and Angela Lyons (Andre) Upper, Marlboro; a godson whom she loved as her own, Demetris Davis; a son-in-law, Anthony Farrare; 5 brothers: Leon Stanley, Carroll Richardson (Alisa), Gary Richardson (Sonya) all of Baltimore, Rodney Molock and Tevis Molock both of Cambridge; 3 sisters: Paulette Harris of Baltimore Paula Molock-Kane and Phyllis Major of Cambridge; 19 grandchildren whom she cherished the most; 42 great grandchildren, and a host of nieces, nephews, cousins, other relatives, and friends.

To order memorial trees or send flowers to the family in memory of Lillian Pinder, please visit our flower store.