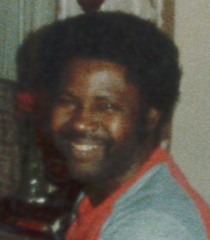 He attended Dorchester Public Schools. His employment was with Chung King Foods and RJ Reynolds, and he retired after 30 years of services.

He leaves to mourn his loss one sister Eleanor Woolford(William); two brothers: Thomas(Bill) Woolford of Cambridge and Alfred Banks, Jr.(Danita), of Trappe, and a host of cousins, nieces, nephews and friends.

He was preceded in death by one sister Mary Ennals; two brothers: James and Linwood Woolford; one uncle Garfield Meekins and one aunt Irene Chester.

To order memorial trees or send flowers to the family in memory of Levin Woolford, please visit our flower store.