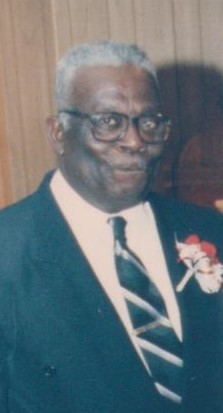 Levi William Murray, 93 of Queen Annes, departed this life on  Sunday, June 26, 2016 at the Pines Genesis Healthcare in Easton, Maryland.

Bear Cat, as he was affectionately called by many in the Queen Annes area, was a kind hearted person who was always ready to give a helping hand when needed.  He was known as the handyman.

He loved listening to his favorite gospel music.  When he was able he would attend singing programs in the area and he would clap his hand while doing his famous spiritual rock and stomping his feet to the spirit.  Even Friday before his sunset on Sunday, he was clapping his hands to Lee Williams “Cooling Water.

Levi worked several jobs. His most memorable job was Wright’s  Construction Co. where he was a heavy equipment operator and he spoke of that often driving his bulldozer everyday.  Even at the Pines he was still driving and was so glad when a visitor came in so he could get a break.  He would say they been working me all day.

He also leaves to mourn a host of cousins, nieces, nephews and other dear friends who meant so much but are too numerous to list.

To order memorial trees or send flowers to the family in memory of Levi Murray, please visit our flower store.