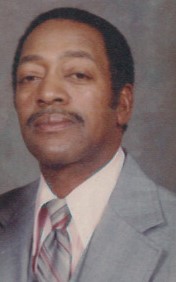 He was born July 24, 1934, son of the late Jacob E. and Florence Camper Sampson. He was a graduate of F.D. Sinclair High School, Class of 1952.  In December, 1958, he was joined in Holy Matrimony to the “love of his life”, Marva Jackson.  From this union one daughter, Darlene was born.  Leonard is also the father of one son, Kenneth Elliott, Baltimore, MD.

Leonard loved his family and cherished their love.  His brothers and sisters built a great bond with each other from birth up to this present time.  He always had a sense of humor, even during his last days with us.

Leonard enjoyed company and would claim other people’s children as “His own.” When coming into his presence, your day was complete with wisdom, much knowledge, joy and laughter.  He contributed to the Faith Community Church, East New Market, MD, supporting and rendering service to the church when asked.

He was preceded in death by his parents, two brothers, Frederick and Louis Sampson and one sister, Lillie Mae Sampson.

To order memorial trees or send flowers to the family in memory of Leonard Sampson, please visit our flower store.