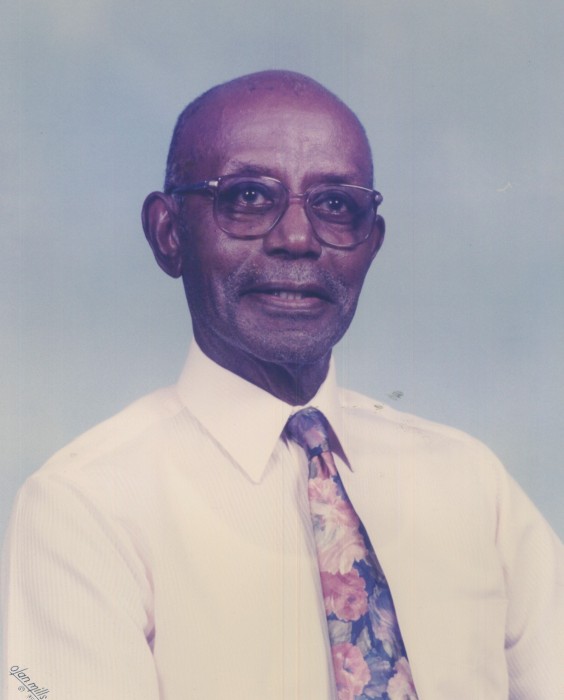 Leon Samuel Banks 100, passed away Saturday, December 3, 2016 at the Talbot Hospice House in Easton, Maryland. " Buddy" as he was affectionately known by family and friends was born in Linkwood, Maryland on July 27, 1916 to the late Alfred Martin Banks, and Alice Elizabeth Stewart Banks.

Leon was educated in Dorchester County public schools, graduating in the class of 1934 from the F.D. St. Clair High School in Cambridge, Maryland. In 1941 Leon was drafted into the US Army serving his country during WWII for 4 yrs. achieving the rank of Corporal. During his time he served in the Pacific Campaign. He was proud to serve his country, and was honorably discharged in 1945.

Buddy  was employed many years at Phillips Packing Company, in Cambridge later renamed Hanover Foods Inc. There he wore many hats, driving forklift, running the machines and doing whatever was needed. His other job was doing what he loved to do... farming and gardening. He was very passionate about his gardens. He looked forward to gardening every year; planting just about anything you could think of, sharing the yield with family and friends.

On February 24, 1954 he married Evangeline Wongus from Kraft Neck, Maryland.  They shared a happy and wonderful life together. Leon was also a lifelong and faithful member of Mt. Pleasant UMC church until his health failed. He was involved in a host of different activities in the church. He served on the Usher board, United Methodist Men, Church Trustee, Finance Committee and Sunday School teacher. He also sang with the men's choir.  He loved God, and looked forward to the annual Bank's Day service.  In his elderly years even when he could not attend regular weekly services, he would often ask "what was going on at the church".

Leon will be truly missed by family and friends. He was very approachable, you could talk to him about anything, and he would listen.  He was very soft spoken and would always give sound advice,  but most of all he was honest. He had an impact on a lot of people for various backgrounds. Buddy loved all of his family.  There were people that weren't family but he made them feel like family.

Besides his parents and wife he was preceded in death by his sister Mary Jones, and his son Leon S. Clash.

To order memorial trees or send flowers to the family in memory of Leon Banks, please visit our flower store.