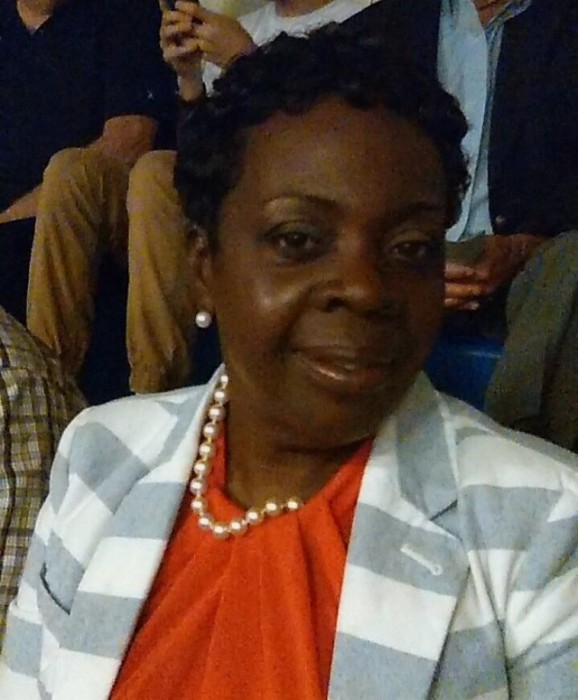 Laurie Denise “Hackett” Rideout, 58 of Cambridge departed this life Wednesday, February 13, 2019 at her residence. She was born July 8, 1960 to the late Robert and Betty Harris Rideout.

Laurie attended the public schools of Dorchester graduating in 1978. She also attended Theology school for one year. Laurie worked as manager for Walmart for several years. The years of her life were made wonderful when she met and married the love of her life, Charles Rideout, whom she called “Charlie.” From this union they had seven wonderful children. In 1998, Laurie and husband started their own recycling business where she worked as an Administrative Assistant.

As a young girl Laurie grew up in Waugh Chapel. Over the years she became a faithful Deacon, Head Usher, and President of the Pastor’s Aide committee at Living by Truth Ministries. Laurie theology at The Evangelistic Theology Bible School in Easton. She loved the Lord and His word.

Laurie loved to dance and sing. She also loved to cook and have her family around. She loved being a mother and grandma, “Nana”, as her grands would call her. Every face she came in contact with she would definitely cause them to smile.

In addition to her parents, she is preceded in death by her oldest daughter, Kiana Hackett; a sister, Wanda Hackett; and one brother-in-law, Oliver “Bob” Rideout.

To order memorial trees or send flowers to the family in memory of Laurie Rideout, please visit our flower store.