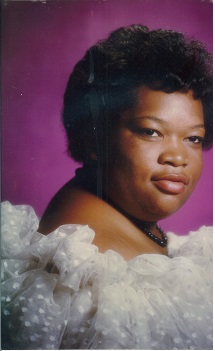 Latonya Janell Jews, 47 departed this life on Friday, July 15, 2016 in Costal Hospice at the Lake in Salisbury. She was born January 20, 1969. Latonya was the first born of the late Judith (Pat) Jews and the late Early Lacy Shabazz.

Tonya was educated in the Dorchester County school system graduating from Cambridge South Dorchester with the class of 1987. After graduation from high school, she graduated from Woodbridge Business Institute in Salisbury with a degree in Business Management. She later graduated from Sojourner-Douglass College with a degree in Early Childhood Education. Latonya worked for the former Dorchester County Developmental Center for many years until the agency closed. She then went to work for the Chesapeake Center in Easton. Finally, she worked for Egide in Cambridge.

Tonya loved children, especially her son, nieces, and nephews. She was a very outgoing and friendly person. One of her past times was sitting on the porch hanging out and talking to the CSB (Center Street Boys). She loved spending time with her special friend Danial (Buddy) Wongus.

Besides her son Tink, Latonya leaves to cherish her many fond memories, a grandmother Jearlen “Victoria” Jews; a sister, Ranchell Smith who stuck by her side until the end, and a brother Darrell Jews all of Cambridge; one nephew Ameen Smith; 3 nieces: Don’Shay Skinner, Sha’Queelah Smith, and Latara Smith all of whom she helped raise; a special cousin Troy Cephas, Jr.; 2 god daughters: Shamyia Walters and Shakia Marine; and a host of uncles, aunts, cousins, other relatives and close friends.

In additions to her parents, Tonya was preceded in death by her maternal grandfather Russell W. Jews, and her paternal grandparents, Calvin and Leatha Smith.

To order memorial trees or send flowers to the family in memory of Latonya Jews, please visit our flower store.