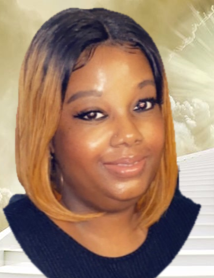 Latia Jones departed this life on Saturday, February 26, 2022 at Deer’s Head Hospital in Salisbury, Maryland after a hard battle with Cancer.

Life was not to be taken for granted by Latia.  Each day counted for her, good and bad.  “Tia” enjoy fishing and eating crabs      during the summer, and getting dressed up and dancing.  She especially loved  travelling with her cousin Kita, and taking “road trips” with her two boys.

Latia was preceded in death by her mother Judy Jones; nephew La’Bryan Jones and grandparents  Arthur and Rosalee Sampson.

To order memorial trees or send flowers to the family in memory of Latia Jones, please visit our flower store.