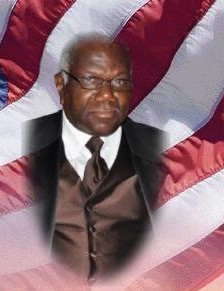 Larry Noble Harris, 76, aka “Mickey” and “Poor Boy”, of Easton, MD, suddenly
departed his earthly life and made his transition to be with the Lord on Monday, July
26, 2021.


Larry was born on July 13, 1945 to the late John and Louise Harris in Easton, MD. He
received his education from Talbot County Public Schools and graduated from the
Robert Russa Moton High School in 1963. After graduation, Larry was enlisted in the
U.S. Army from 1963-1969 as a Sergeant. While serving his country, he traveled
within the continental U.S. and abroad to Germany.

On August 31, 1968, Larry was joined in holy matrimony to the love of his life, Anna Mae Newman. He was a
kind and loving husband, as well as an amazing father to their children.


After his military service, Larry was employed at Frito Lay in Landover, MD and later transferred and became a
career employee of the United Parcel Service (UPS); he retired in 1995 as a Supervisor. After a short time,
Larry decided to rejoin the workforce as a Valet at the Hyatt Regency Chesapeake Bay Golf Resort, Spa and
Marina in Cambridge, MD. He worked there until March 13, 2020. Larry was appointed by then Governor
Parris Glendening and served for seven years on the Talbot County Board of Liquor License Commissioners.
He was also a volunteer receptionist at the Neighborhood Service Center in Easton, MD.


Larry was a dedicated member of the Blake-Blackston American Legion Post 77 where he served in various
capacities. He was also a life-time member of the Easton Veteran of Foreign Wars (VFW) Post 5118. In his
spare time, Larry loved spending time with his family, watching football, bowling, travelling, and hanging out
with his fellow comrades at the American Legion. Anyone who knew Larry, knows that he was a die-hard
Dallas Cowboys fan!


Larry was loved by all and left a lasting impression on everyone he met.

To order memorial trees or send flowers to the family in memory of Larry Harris, please visit our flower store.