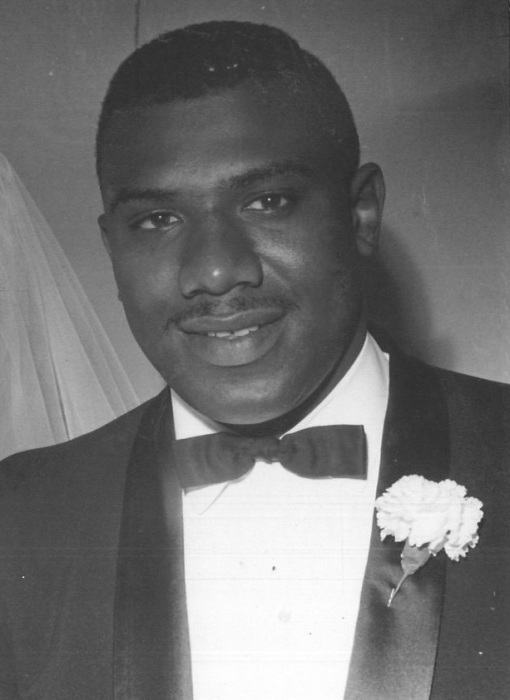 Larrier George Walker, Sr, , son of the late Bernice Walker and Charles Gardner of Cordova, Maryland, quietly passed into the presence of the Lord after a long illness, on Saturday, August 13, 2106 at The Pines in Easton, MD.  He was born on July 8, 1945 in Easton, Maryland. Most people called him Larry but he was also known as “Walkman” to many of his friends.

Larrier was reared in Talbot County where he received his early education in the public school system.  He was a graduate of Moton High School, Class of 1963.  While at Moton, Larry’s great basketball skills earned him the nickname “Wild Man”.  He later studied at Chesapeake College and played on the school’s first basketball team.

Following graduation from high school, Larry enlisted in the United States Army and served for four years in Germany.  He specialized in rifle skills and he also had the opportunity to display his basketball skills as he and his comrades played in a military league.  In 1967 Larry received an honorable discharge from the U.S. Army and returned home to Cordova, MD.

Shortly after returning home from military service, Larry met and fell in love with Shirley Hill of Chester MD.  They were married August 23, 1969.  They were blessed to have three children and three grandchildren.  In 1974 they made their home in the community on Longwoods Road which is still the home place.

Larry’s employment experiences included: UPS, Prince George’s County, MD; Latex Corporation, Dover, Delaware; Friel’s Canning Company, Wye Mills, MD; and George Hill, Jr. & Sons Seafood Company, Chester, MD.  But early in 1969, Larry went to work for The Town of Easton where he found his life’s purpose as an officer in the Easton, Police Department. Larry was a “people person”; he liked to talk with and get to know people.  This job allowed him to be out in the community among the people as he walked the beat.  As a patrolman, there were occasions when he had the opportunity to intervene; to head-off a bad experience in the lives of teens that were “out- on- the- town” at night.  In 1998, after twenty-nine years of service, he retired from the force with the rank of sergeant.

Larry’s hobbies and interests varied.  He was an avid card player.  He loved playing pinochle with his buddies at the Legion.  When he couldn’t get there or the guys weren’t playing, he would play solitaire at home on his computer.  He also enjoyed baseball and football.  He was a “living room coach” for the Baltimore Orioles and a die-hard Washington Redskins fan.  Even at his medical appointments he would start a conversation with his doctors about his and their favorite teams and players.

Another of his favorite pastimes was listening to oldies but goodies performed by legendary jazz, blues, rhythm & blues and gospel music artists.  When his vision failed and he could no longer drive on the highway, mowing the lawn was his opportunity to drive.  Sometimes he would stay on the mower too long; only stopping when his sugar level dropped.  Anyone who knew Larrier Walker knew that one of his most favorite things to do was eating.  He loved good food.

Larry held memberships in several organizations.  He was a member of the Talbot

Christian Men’s Alliance. He was a life member of the NAACP, from which he received a Lifetime Achievement Award from the Talbot County branch for his caring and outstanding contributions through law enforcement, civil rights and community service.  He was also a member of the Fraternal Order of Police, The American Legion, Blake-Blackston Post #77, The Vietnam Veterans of America, The Veterans of Foreign War, The Society of the 3rd Infantry Division of the United States Army and the B.P.O. Elks.

Larry had a praying grandmother who, when he was a child, insisted that he attend Sunday school. He didn’t want to go then, but about forty years later he accepted the saving grace of God and became a disciple of Jesus Christ.  He returned to his home church, New Zion United Methodist Church, Newtown-Cordova, MD where he faithfully attended and served as long as his health allowed.

“...Blessed are the dead which die in the Lord...that they may rest from their labors; and their works do follow them.” Rev. 13:1

To order memorial trees or send flowers to the family in memory of Larrier Walker Sr., please visit our flower store.