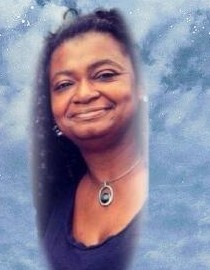 Kimberly Juanita Thompson-Smith, 52 of Cambridge, MD went to be with the Lord on August 30, 2021, at University of Maryland Shore Medical Center at Easton.

She was born March 14, 1969, to the late Rose Dianne Bowens. Kimberly was educated in the public schools of both Washington DC and Dorchester County.

Kimberly was married to Curtis Smith of Cambridge, MD and was a mother of five. Kimberly enjoyed working in the hospitality field serving as a prep cook at Hardees and Comfort Inn. She served customers tirelessly with a smile until she was physically unable.

Kimberly loved to laugh and reminisce about her eventful past which would often serve as a reminder of how blessed she truly was for every day she was granted. In her spare time, she enjoyed collecting and designing dolls and spending time with those closest to her.

She was preceded in death by her mother Rose Bowens, grandmother, Juanita Thompson, and her uncle, Robert Cornish.

To order memorial trees or send flowers to the family in memory of Kimberly Thompson-Smith, please visit our flower store.