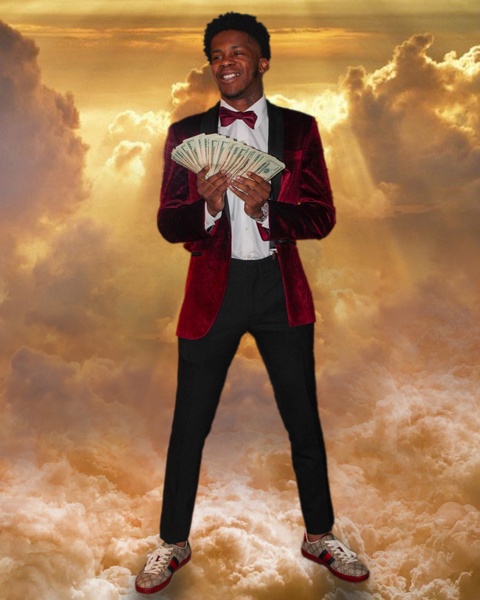 He was born on June 26th, 2002, at Easton Memorial Hospital, Easton Maryland to Ne’cole Stanley-Savage and Kevin Raeford, Sr.

Kevin attended the school systems of Dorchester County where he played football, basketball and baseball. He enjoyed playing his Xbox, rapping and taking flashy pictures. He also enjoyed hanging with his Pine Street Family (The MOBB).

When he attended church, he attended New Life Christian Church and Ministries, Inc. Where he had been a member since August 14, 2005, under the leadership of the Honorable Bishop Weldon M. Johnson.

Kevin was known for being an entrepreneur in his own way and he had that smart icky sarcastic mouth. Kevin aka (Pine Street Baby) just knew he was the King of Pine Street, and they treated him as nothing less.

He had the heart of a lion and wasn’t afraid to tell anyone whatever he wanted.

KJ loved his family. KJ looked up to father figures in his life that greatly influenced him namely his Pop Pop, Dewey Stanley Jr. Darrick Emory and Caesar Savage.

KEVIN was also a “Ma Ma’s Boy” and no one came before Ne’cole. And yes, Ne’cole felt the same way about KEVIN. The “family joke” is that they were each other’s favorite, and we all knew it.

Kevin will surely be missed by many people. This one really broke our hearts.

He was preceded in death by his grandfather Dewey Stanley Jr.

KEVIN LOVED YOU ALL!!!

To order memorial trees or send flowers to the family in memory of Kevin Dwayne Raeford Jr., please visit our flower store.