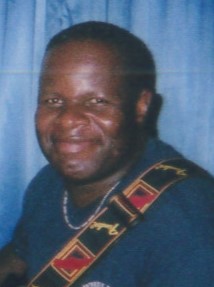 Kenneth Lee Ross was born on December 16, 1956 in Accomack, Virginia to the late James Edward and Catherine Ross. At the age of 61, Kenny peacefully passed at his home. He left this world to receive his reward from heart-aches, troubles and woes.

Kenny attended Faith Tabernacle Holiness Church of Centreville, MD and Chester Church of God in Chester, MD. Kenny was educated in the Accomack County Public School System. Kenny worked in the construction field for many years and retired from the Queen Anne’s County Public Housing as a maintenance manager.

!!!Kenny Loved The Lord!!! Kenny was a kind loving person. He enjoyed helping people, and Kenny would and did give you his last. He lived by his favorite scriptures out of the book of 2nd Corinthians.

Kenny (also AFFECTIONATELY known to his friends as HENRY) had a love for all people and music in all walks of life.  He was an awesome Guitar player, vocalist and tried to play the keyboard. He played in gospel groups from Virginia throughout Maryland. To name a few; Holy Light’s, Whirlwind, Sons of Glory and The Gospel Expression. He freely gave and shared his talent to many gospel groups from coast to coast. There was never a day when you went to his home that he was not ready for a “Jam Session”. He was ready to play his guitar and show you how to play if you were hitting the wrong notes!! Kenny enjoyed traveling, playing cards, yard sales, antique hunting, being a jokester and spending time with family and friends. He will be fondly remembered and sadly missed by all his family and friends near and far.

To order memorial trees or send flowers to the family in memory of Kenneth Ross, please visit our flower store.