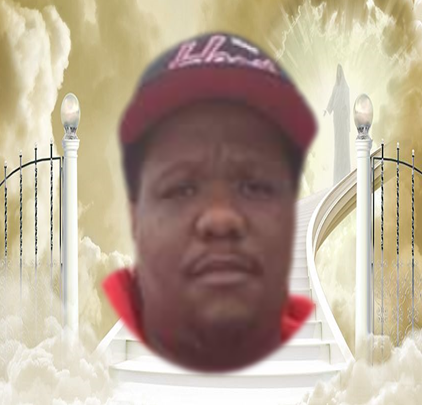 Kelvin Levert Wiggins was born on February 20, 1979. Kelvin was the second of three children, Peytron, Kelvin and Timothy, born to Charlie and Shelia (Peoples) Wiggins. Kelvin confessed hope in Christ at an early age and became a member of the Rising Star Baptist Church under the leadership of Rev. Lonnie Weaver. Kelvin attended Greensboro Public School East Campus. He left early upon completing his GED in the eleventh grade to attend Shelton State Community College. Kelvin was a very skilled auto mechanic. Kelvin, affectionately known as “Chevy Ready”, due to his expertise as an auto mechanic. He built many cars from the frame up and made them show quality. Although he could work on any car, Chevrolet was his favorite. He won and placed top in many auto shows: 1st Place Buffalo Soldiers, 1st and Best in Show: Ridgely Strawberry Festival & Car Show, Best in Show: East Coast Indoor Nationals and others in Maryland and the surrounding area.

Kelvin married Vashni Villanueva. After a few years, Kelvin and Vashni made the sacrifice to move to Maryland to care for Vashni’s father. During their 17 years of marriage, Kelvin and Vashni had three sons: Mekiyah, Kamerius and Terrell.

Kelvin was preceded in death by his mother Shelia and brothers Paytron and Timothy. He is survived by his loving and devoted wife Vashni; three sons Mekiyah, Kamerius and Terrell; father Charlie (Josephine) Wiggins of Greensboro, Al; one brother Steven Hamilton of Ashland, AL; one sister Yukonda Thomas of Birmingham, AL; mother in law Clara Villanueva , sister in law Alexia Villanueva both of Mt. Vernon, NY; a special Aunt/Mother Jackie Winn; a special father figure Emanuel “Bo” Watkins and a host of aunts, uncles, cousins, nieces, nephews and other relatives.

Many of you have asked how you can help during this difficult time. Instead of sending plants or flowers, we ask that you donate to Kelvin's funeral fund. You can donate to my cash app: $mrskwig20 or the gofundme page: Kelvin's Funeral Fund. We appreciate your support.

Thanking you in advance,

To order memorial trees or send flowers to the family in memory of Kelvin Wiggins, please visit our flower store.