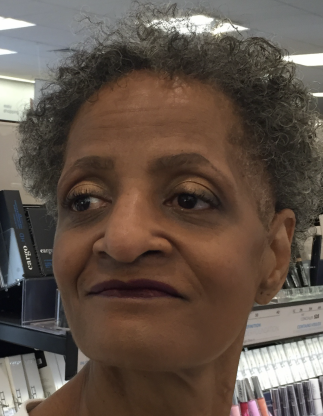 
Celebrating the life of Katrina Boone-Gross daughter of the late Nathaniel Hawkins and the late Viola James was born May 16,1959 in Murfreesboro, North Carolina. She entered her eternal rest March 10,2020 in Princess Anne, Maryland.

Katrina, 60, “Trina” received most of her education in Hertford County North Carolina. She moved to Delaware where she graduated from Milford Senior High School with the Class of 1979. She received a Business Administration Degree from a community college in Baltimore.

Trina accepted Christ at Whole Counsel of God Ministries under the leadership of Bishop Marvin L. Jenkins where she remained faithful until her illness prevented her attendance. She was amazed at how awesome God is. Her favorite gospel song was, “The Battle” by Yolanda Adams. Trina was affectionately known to many family and friends in Baltimore as “Mom Dukes.” She was the life of the party. The party didn’t start until she showed up. Trina loved listening to music, especially ‘R.Kelly”. Trina LOVED to dance. She had dance partners everywhere she went. Now she resides with the best dance partner, JESUS. Trina was a fun-loving person with a sweet heart who thoroughly enjoyed being with her grandchildren and children. She was a mother and friend to many that came in her presence. No one was a stranger.

To order memorial trees or send flowers to the family in memory of Katrina Gross, please visit our flower store.