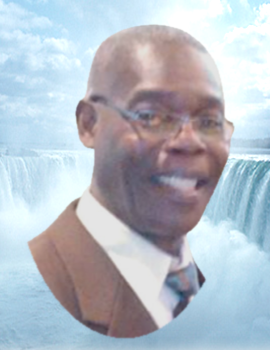 KANGAJ DITUMBA MIJ, ne Emmanuel, the son of Methodist Pastor JOHN MIJ and MARTINE KATUND, was born on August 23, 1951, at the Mwajinga Methodist Church mission station near the town of Sandoa, in Katanga Province, Democratic Republic of the Congo. He’s indeed the 7th child and the second son in a large family of 8 children born out of the union of the Methodist Pastor John Mij and his wife Martine Katund. He passed away on Thursday, January 6, 2022, at the University of Maryland Hospital in Baltimore. He was born and raised in a Christian family of the Methodist Church’s faith.

As a young chap, Kangaj completed his kindergarten and primary education in 1962 at the Methodist Church mission station of Musumba, Kapanga County where his father Pastor John Mij had been relocated, with his entire family in 1956 by the Methodist Church, as was customary in the Belgian Congo. The independence of the Belgian Congo was proclaimed on June 30, 1960, and the country became the Democratic Republic of the Congo. The late Kangaj immensely enjoyed with his countrymen the freedom which came with the country’s liberation. By the time Kangaj came to America in 1974 to

further his education, he had already completed by 1972, four years of studies at the newly launched Mwajinga Industrial School, near Sandoa County specializing in becoming a well-established auto machinist and completing two years of practicum at the GECAMINES, a giant mining company established in Katanga Province.

Coming to America in 1974 was a significant adjustment for Kangaj. He had to quickly learn English as a new language in three months, having only spoken French, Swahili, and Lunda in the Congo. Upon leaving Delaware Technical Community College in 1976, he worked in several poultry processing plants for several years on the Eastern Shore of MD before going back to college to acquire new skills as a machinist. In that vein, he attended Chesapeake Community College in the early 90s and received his Associate Degree specializing in the industrial machines. Afterwards, he landed a rewarding job as a recognized machinist at B&G Food Processing CO. until his retirement at the age of 65 in 2016.

Kangaj loved to barbecue and entertain family and friends. He became a self-proclaimed Grill Master as he would share stories about his African culture while cooking. Kangaj cherished his beloved shed/”Man Cave” where he would literally spend hours socializing, communicating wisdom to the grandsons and friends, and disagreeing about news, sports, and politics with anyone who entered. He was a devoted Dallas Cowboys fan and would proudly boast on his team to any and every one, near or far. You may even be subject to being evicted from the Man Cave if you made negative comments about the Cowboys.

To order memorial trees or send flowers to the family in memory of Kangaj Mij, please visit our flower store.