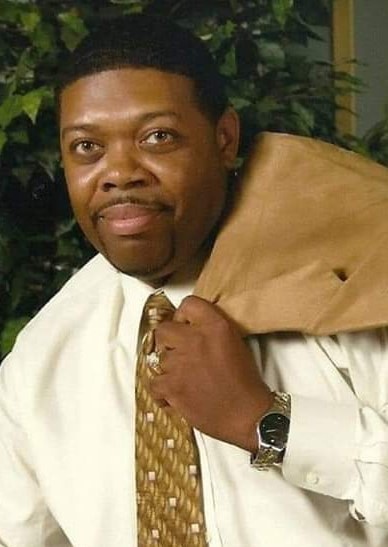 Julius Dominerick Jackson II, born June 1970, departed this life on March 11, 2019.  Julius was born and raised in Dorchester County, Maryland where he spent the majority of his life. He was employed with the State of Maryland Election Board, APG Publishing, and Jasco North America. Julius was self-employed of a private transportation service.  He graduated Chesapeake College with a Certificate in Computer Technology.   In June 2018, he relocated to Jacksonville, North Carolina to experience a different environment.

Julius was musically gifted.  He enjoyed playing the guitar, locally and abroad, performing with the Delmarva Gospel Singers, and other groups.  He also enjoyed car racing at the Route 13 Dragway.  Julius is remembered as fun and witty.  Everyone who knew Julius “Juju” will smile to remember his character.  He would want everyone to be happy.

Julius was most proud of his three beautiful daughters, Ebony, 23, Kariah, 20, both of Texas;  and, Jazaiah, 14, of Easton, Maryland, and his first grandchild, Avery, 1 month.

In lieu of flowers, contributions are being accepted and may be remitted to Henry Funeral Home PA.

To order memorial trees or send flowers to the family in memory of Julius Jackson, please visit our flower store.