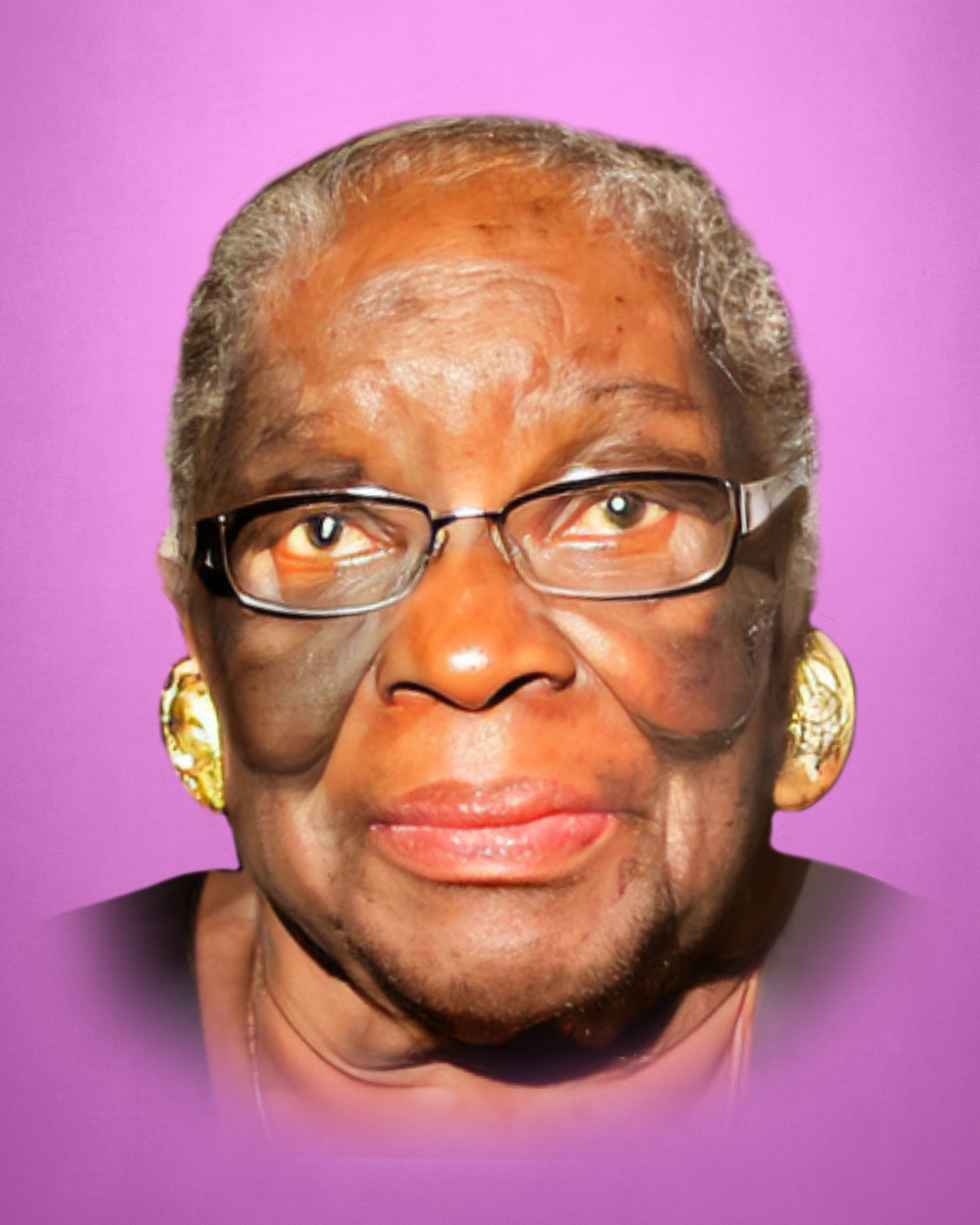 Juanita Bessie Camper Diggs Webb, who was loving called “Momanita”,
by her oldest daughter, and “Myma” by her other children, transitioned
peacefully from this life on August 27, 2022, at her home in Georgia with
family.
Juanita, who was the family matriarch, was born on July 01, 1928, in
(Bucktown)Cambridge, Maryland to parents Monroe Camper and Bessie
Mortimore Camper, and preceded in death by her brother, Vance. She
attended grade school in Cambridge and graduated from Dunbar High
School in Baltimore, Maryland and passed the Board for Licensed
Practical Nurse.

She met and married Edward Diggs in 1949 and from that union God
blessed her with two girls, Yvonne and Chanay. She was later blessed
with another girl Arlita, (Arlington Lee). In August 1964, Juanita married
Franklin Webb and from this union was blessed with Franklin D. Webb,
Sr.

Juanita was a member of Waters AME for several years before joining
Temple Baptist Church in 1958 and during her 50+ years, served as
Senior Usher, President of the Usher Board for more than 40 years,
President of the Flower Circle, Kitchen committee, and a member of the
Trustee Board. Juanita joined New Hope Baptist Church in Rydal,
Georgia, and became a member of “The Mother Board,” under
leadership of Rev. Earnest Bush, Pastor.

She worked as a Licensed Practical Nurse for several years until she
developed health complications. After she recovered from her illness
Juanita continue to work as a full time Domestic taking care of full
households for the Eggleston’s,’ the Woodruffs’ and the Halls’ for over
40 years. Juanita also did special occasion catering and had her own crew
of workers. She enjoyed investing in the stock market and real estate,
often giving advice to others.

Juanita was a member of the “Daughter of the Elks” and engaged in
multiple community services. She loved to crochet and made

“Dollies “and tablecloths for everybody. Juanita collected lots of “what
knots’ from every state and most big cities. She loved to go “yard sailing”
on the weekends with Yvonne. She always had huge holiday celebrations
for Christmas, Thanksgiving and Easter for family and friends, Sundays
after church, and anybody who wanted a meal.

To order memorial trees or send flowers to the family in memory of Juanita B. Webb, please visit our flower store.